Raiders get some help, between the pipes.

The Raiders management are able to advise that net-minder Brad Windebank appears to be preparing for a significant time off ice as he continues to learn of the damage and processes necessary to recover from the shoulder injury sustained at the pre-season challenge game in Bracknell in mid September.

As a player that has moved beyond the status of “promising prospect” we all sympathise with his plight and are working with him to try to speed up the processes and get him back on ice as soon as possible and of course wish him well for a rapid recovery.

The senior team has been leaning on the support and development network provided by the Div 1 Raiders team since Brad’s injury but we have been working behind the scenes to provide additional resources so that both teams are able to operate at appropriate strength.

To that end we are delighted to be able to announce the addition of a very experienced and capable netminder in Greg Blais who has joined the Raiders after a brief spell at Bracknell Bees. He will also be using appropriate qualifications and background to joined Sean Easton’s coaching team. 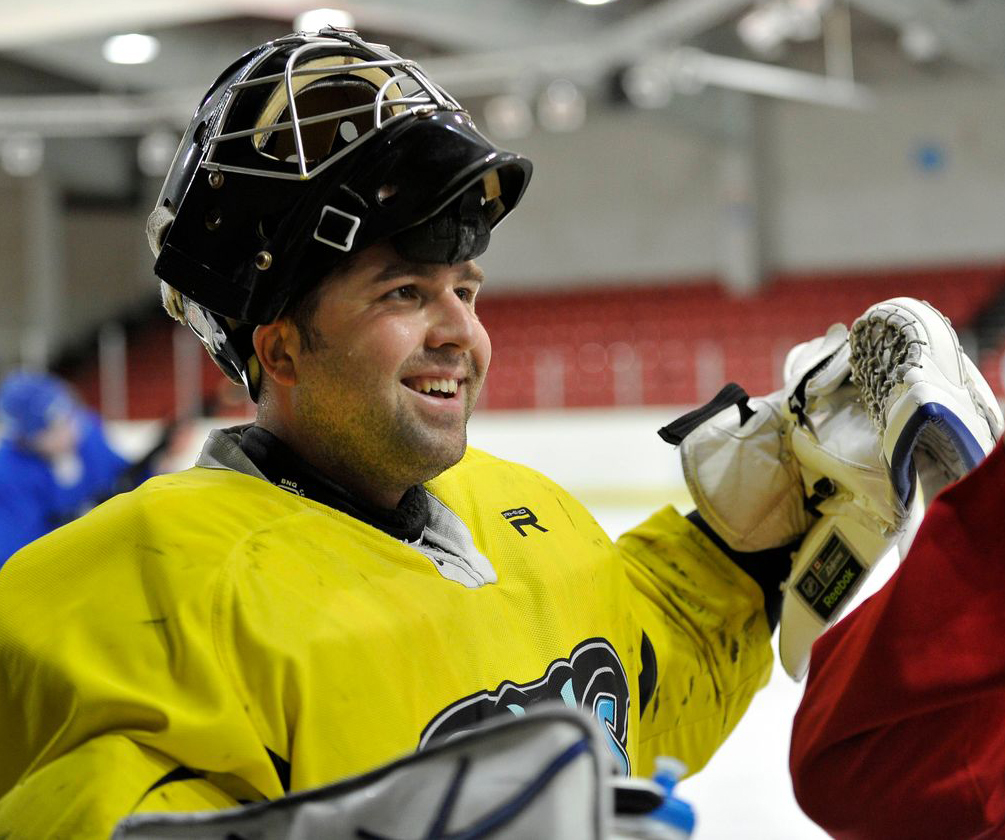 At 39 Canadian born dual national Greg qualifies to play as “British” in line with recently clarified nationality rulings having played / coached for the past eight seasons. Greg first played in UK for Wightlink Raiders in 2006-07 where in 27 EPL league appearances he picked up Coaches Player of the Year. Greg returned to the UK in 2011 where he was player and assistant coach in EPL for Telford Tigers before moving up to the Elite League to make a handful of appearances between the pipes for Hull Stingrays, Cardiff Devils and Fife Flyers whilst also being netminding coach at Hull.

Greg moved to Peterborough Phantoms in 2014-15 as netminding coach and making one appearance between the pipes. Greg also has playing experience in Canadian and US junior systems before four seasons in NCAA for Suffolk University where he captained the team in his final season. Greg’s senior career has seen him play in Belgium, France and Norway.

The past two years has seen Greg coaching in the Guildford junior organisation and for their women’s Elite league Lightning.

Welcome to the Raiders Greg!