Raiders Ice Hockey offer the fans an arrangement to “own” the players shirts as part of the “Own And Loan” shirt sponsorship deal.

For £250 your chosen name, company or cause is shown at the bottom of the rear of the shirt and will be seen during match nights, whether home or away. The sponsorship is also announced during the evening at every home game.

The shirts are a high quality embroidered design which is not available to the general public through the merchandise replica shirt section which are simply printed.

The shirts would normally be presented to the player at the “meet the player” evening and then presented back to the owning sponsor at the end of season player awards. An on ice photo with the player, and the shirt is also available but would need to take of course when fans are allowed back into the rink.

This season we will again have 3 shirts to choose from:- 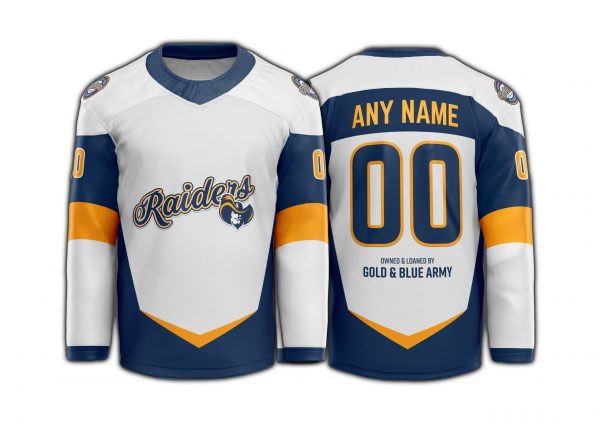 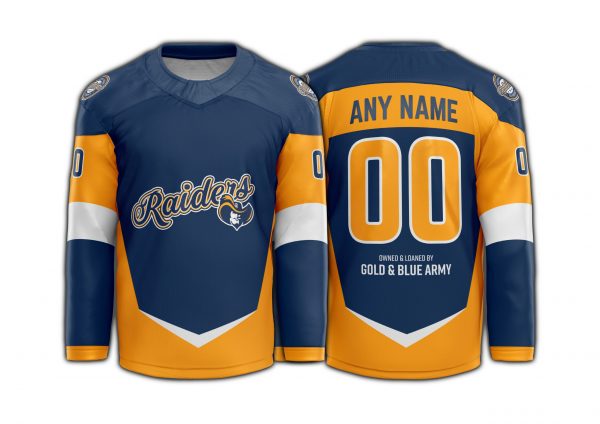 Our “northern conference” gold shirt. Is now being saved till next season. The shortened season and the equal number of Northern and Southern games simply doesnt make this option viable for the 2020-2021 season↓ 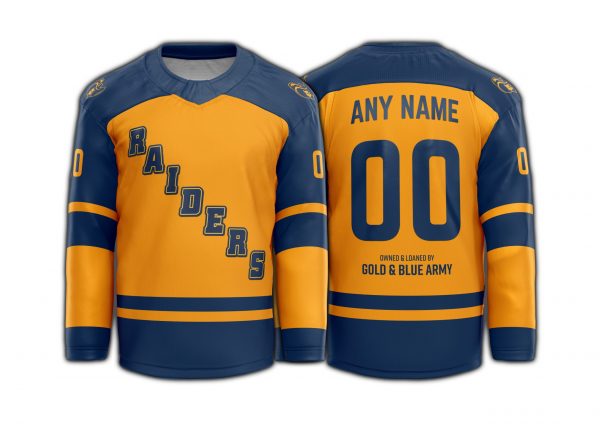 The gold shirts will be worn to all games, home and away, when we are playing teams in the Northern Conference of the National Ice Hockey League. But not until season 2021-2022 we are afraid.

And there is more

The Raiders have for 6 seasons chosen to support a local charity and this is done by dedicating the warm up shirt to that charity, with a suitable design promoting the charity. 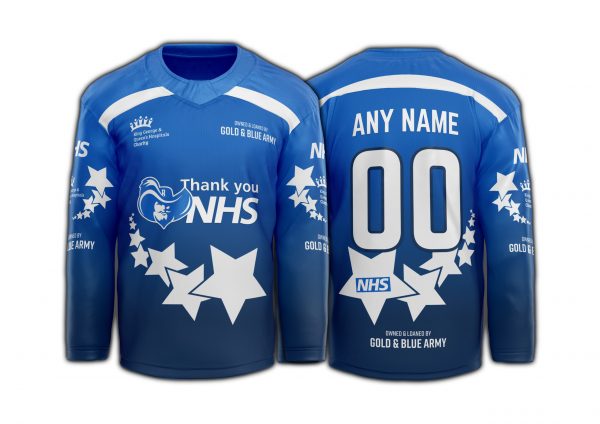 These are very popular and are priced at £130, a significant part of which is added to the teams donation to the charity at the end of the season.

“Own and loan” shirt sponsorship grid

Thanks to all our amazing sponsors that help keep the Raiders on ice, especially for this shorter season.