Thursday’s signing and it is a wordy one…

It is yet another warm Raiders welcome to a former Romford Junior as 25 year old Jacob Ranson returns for his fifth season as a Raider.

Last season, Jacob was one of the seven ever present “Ironmen”, appearing in all 52 games for Raiders scoring five goals and two assists, in a season where he showed his versatility playing both as a forward and playing in Defence when Raiders were short benched.

In total, Jacob had made 137 appearances (118 in league games) for an overall Raiders appearance ranking of 45th whilst he has scored 25 goals and 15 assists for a total of 40 points for Raiders (ranked 114th overall in scoring).

Like the majority of his team mates Jacob learned his trade in the Romford Junior System at Rom Valley Way before moving to Canada in 2009 to join Pursuit of Excellence Varsity. In 2012 Jacob continued his hockey education in Sweden Junior 18 Division 2 for Mjolby where he made 20 appearances, scoring twice with three assists for five points.

2016/17 saw Jacob return to London Raiders making 14 appearances scoring 3 goals and 7 assists for 10 points before moving to Streatham where he spent two and a half seasons, and in 95 appearances Jacob scored 12 goals and 16 assists for 28 points.

Coach Sean Easton was asked what stood out for him with the returning forward.

“You know what you get with JR, hardworking and responsible player that always holds himself accountable.

“JR knows and plays his role to a T. He’s not going to be a top point scorer but he will do the graft to help the team score the goals or defend the lead. He will jump through brick walls for the team and plays with a lot of energy, passion.

“JR is great to use on defensive duties, shutting down players and defending the 1 goal leads and his style finds him being used as an effective PK specialist”

As befits Jacob’s day time career as a reporter with our excellent media partner the Romford Recorder, we thought we would extend our interview with him a bit longer than usual and we were not disappointed.

RIHC Another season back in the Gold and Blue. I guess it was an easy decision for someone that wants to play at this level?

JR “It was a no-brainer.  I like testing myself and want to play at the highest level in that sense, and I always have. I really enjoyed that level of competition and for a “defence first” minded player it was fantastic to come up against some top players and be able to say I came away without conceding or doing my job on the ice”.

RIHC You seemed to develop a great chemistry with several Raiders players last season, especially Aaron and Erik. Anything stand out for you?

JR “Aaron and Erik are professionals, who take playing hockey very seriously, which is what it takes to play and win at any level in sport. Aaron has always stood out as a captain for me since playing up for Basingstoke Bison in the EPL. He is someone you can go to with anything, but playing wise I like to play gritty, dump and chase, and the captain knew exactly what my game was so that made it easier. Erik is someone I perhaps didn’t speak to bundles at first, but having got to know him have got on really well with him. While he was stuck over here, I started doing outdoors work-outs with him after finishing work for the day, and he set me a task of gaining 3kg (not sure why so specific) but I’ve done that already”.

RIHC (We have to point out this is muscle, not the same weight gain most of us have suffered over lock-down)

RIHC You also drew a few useful penalties. Do you practice being irritating?

JR “I love playing with an edge and getting under people’s skin, so the more reaction I get the better. I mainly get called a rat on the ice because of my style of play, but I’ll take that as that’s what people call Brad Marchand”.

RIHC With your sports reporters hat on, what were your thoughts on the National League last season? Did it play to your strengths or expose weaknesses?

JR “The National League was brilliant, the hockey was so competitive, and any team could beat one and another. The speed of game was good and some of the players are great to come up against”.

RIHC There were issues regarding player eligibility in some teams last season. Did that overshadow some of the results where potentially ineligible players were involved?

JR “You could argue that, yes, but for me I’ve always liked playing against tougher oppositions for example I loved playing against Swindon’s top line last season and one of my proud moment was playing D against them in my second game back there and not conceding”.

RIHC We have just the two non-British trained players allowed to dress for each team in the National League. Is that too many? Should we have more?

JR “I think the import quota is spot on because the league must remain sustainable, which the old EPL was not as teams started to buy the league, and they would fill a chunk of their teams with imports instead of developing British-trained players”.

RIHC You are one of a number of ex Romford Juniors that spent time in overseas leagues. How did that benefit you, in hockey terms and personally (apart from being able to get away from Phil’s jokes)

JR “I would say going abroad changed my game completely. I used to look to produce points like most would say is successful in this country, and changed to a gritty style of play and a defensive minded guy. Plus/minus is my important statistic. I learnt also how to look after myself and about different cultures, which I think is a brilliant experience for anybody. Sadly, I didn’t miss out on my dad’s jokes like you say as they came through on Skype”.

RIHC You will have kept your eyes on other team developments I am sure. Anyone stand out, like the Bracknell problems?

JR “I’m truly gutted about Bracknell, it’s way more than just playing against the Bees over the years. The whole junior set-up will be lost and they have the best women’s set-up in the country. My sister played for the Bracknell Queen Bees for many years, so my family has spent plenty of time in that rink”.

And with that we would like to thank Jacob for his time and welcome him back to the Raiders for another season of National League Hockey. 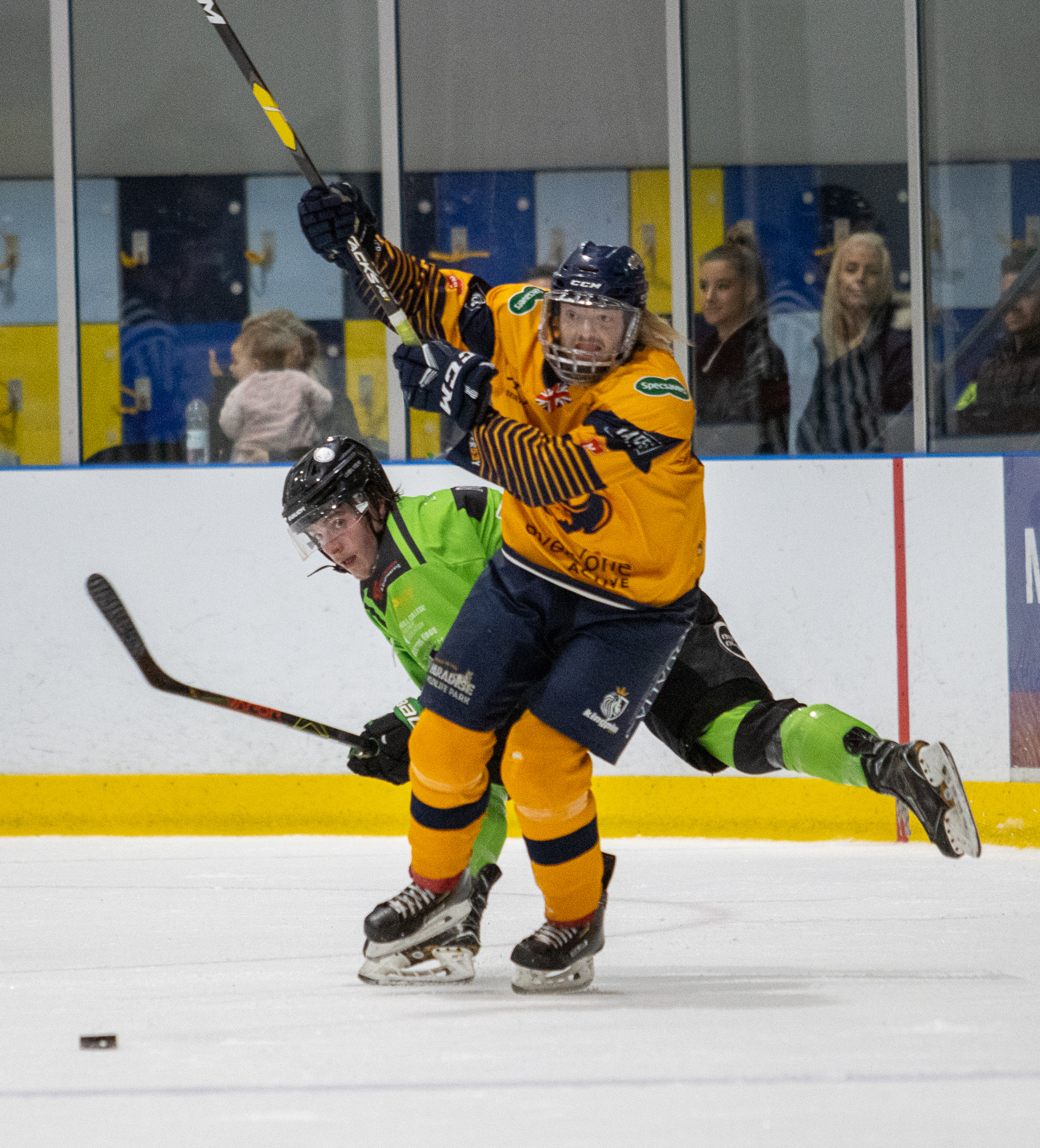 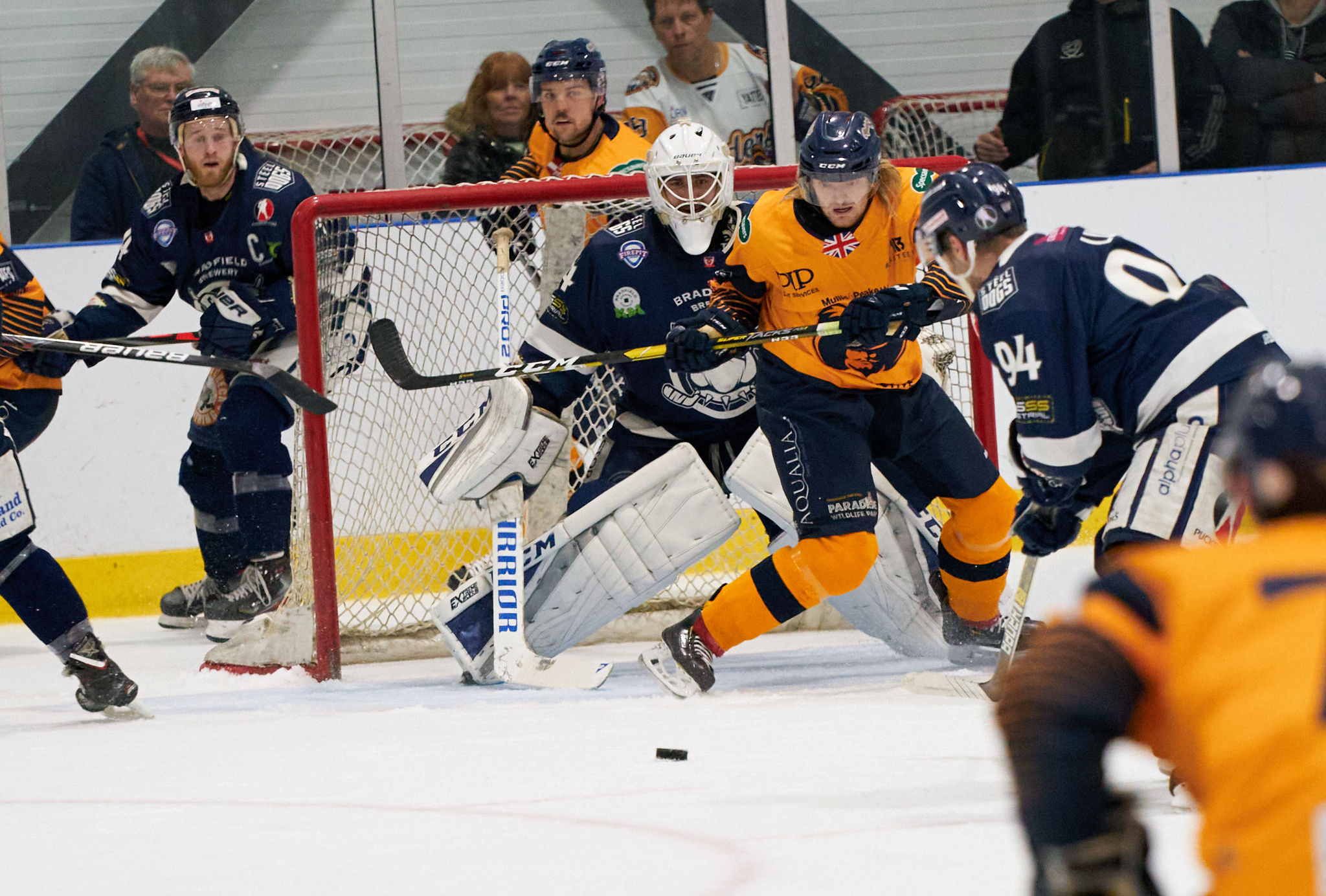 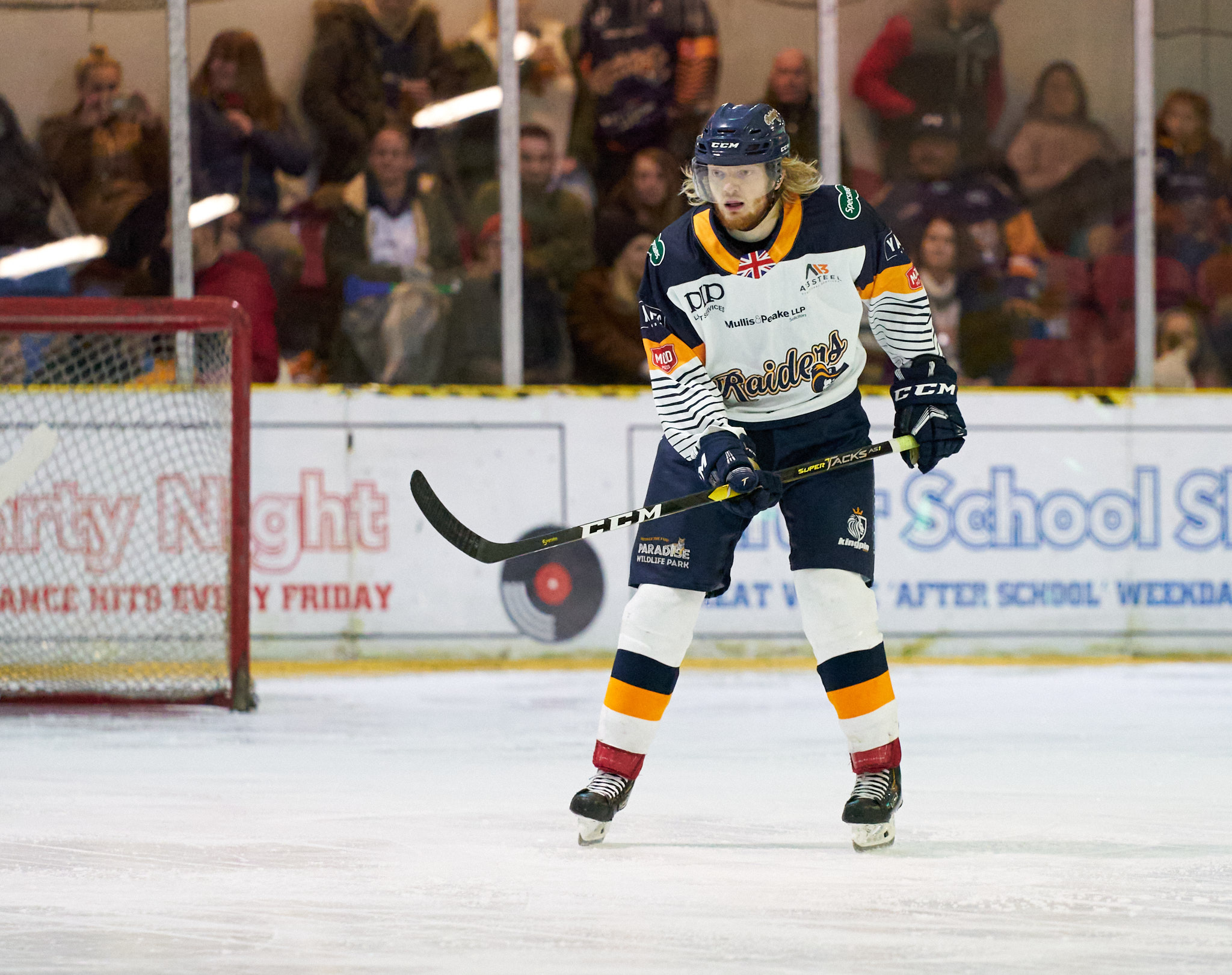 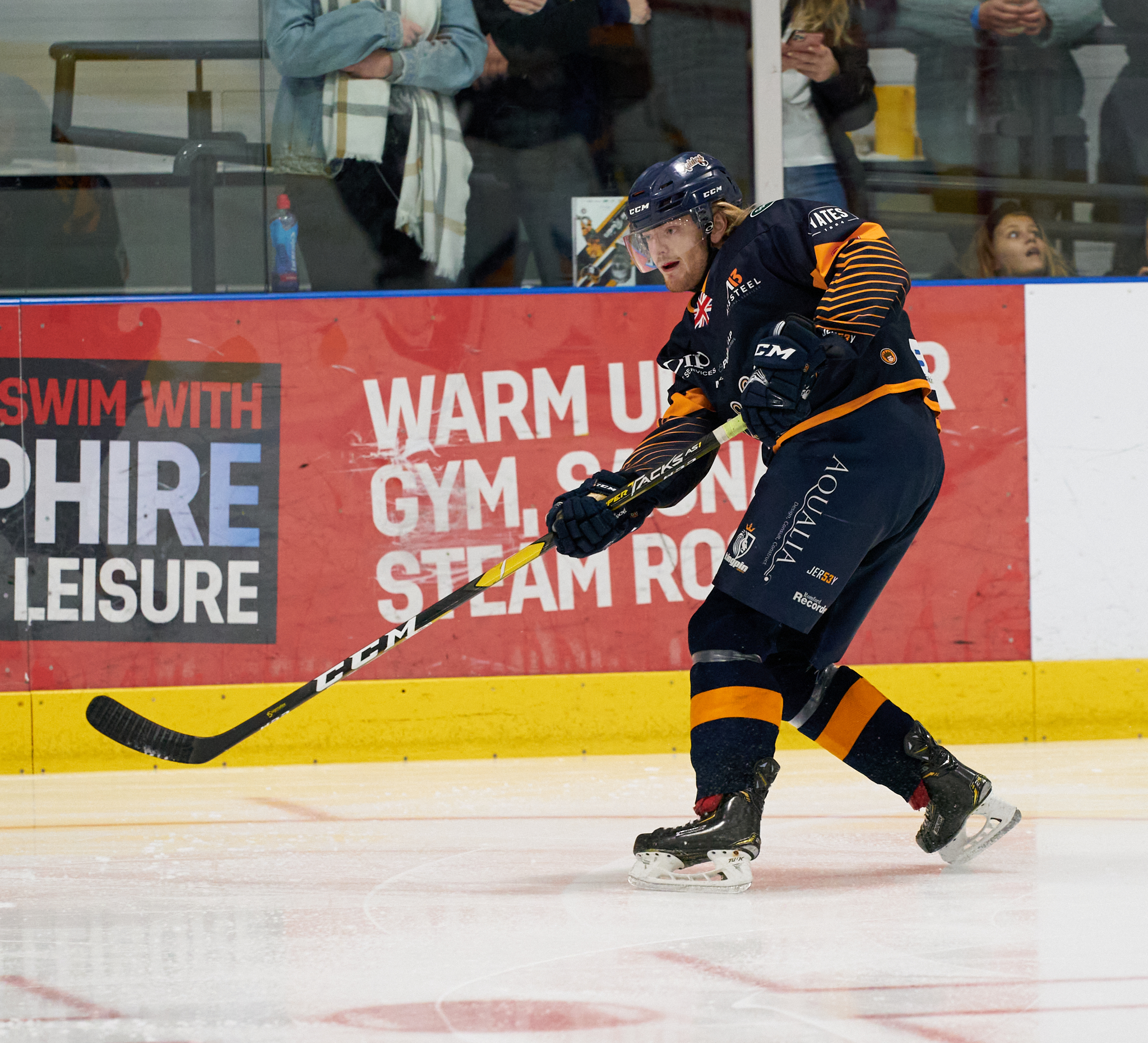 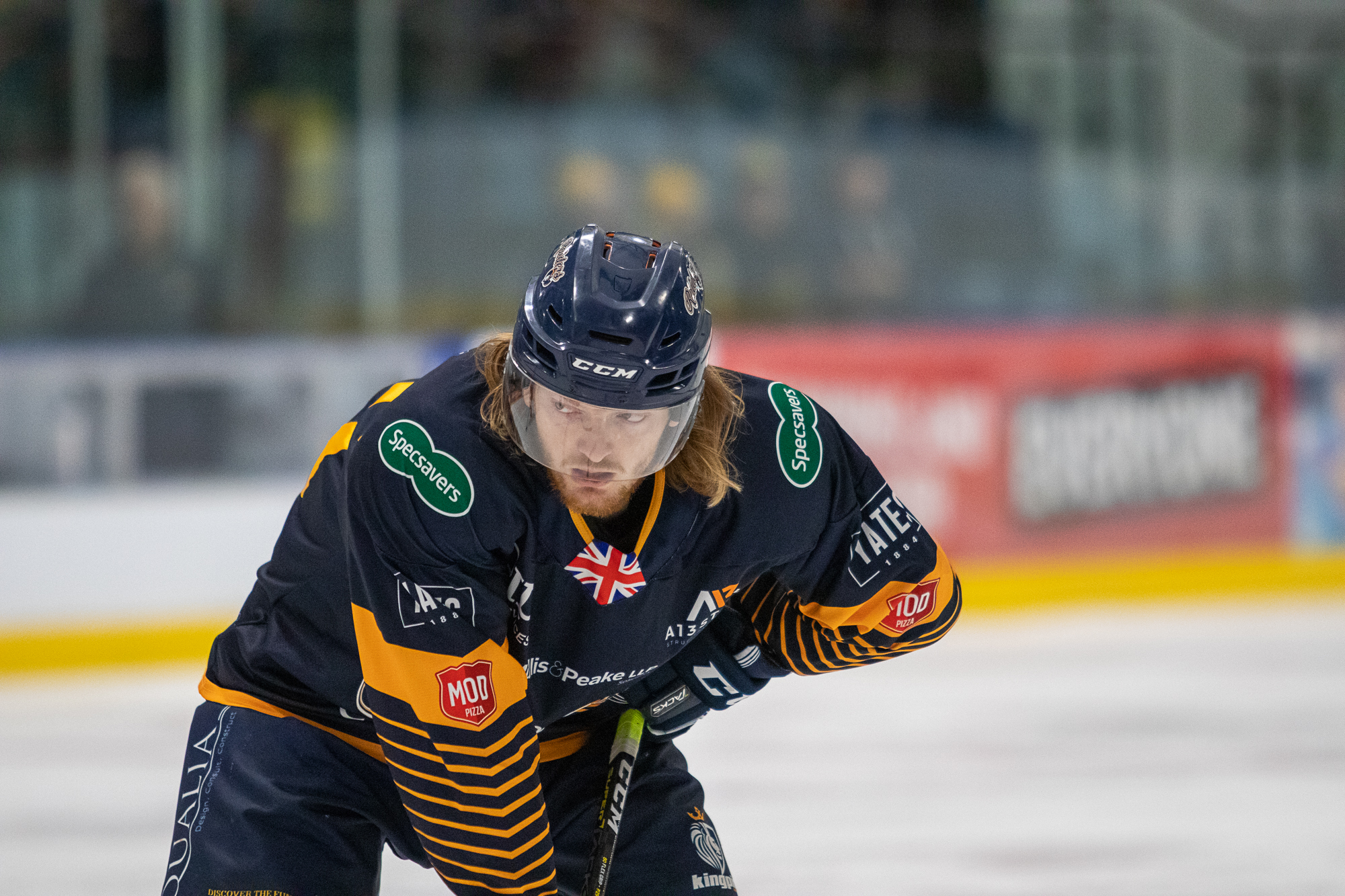