Thursday’s here, all whistles and bells, the next signing up…………..

At just 22 years old Callum Wells is another important returnee on the Raiders “D” where he will be starting his fourth consecutive season as a very popular senior Raider.

Last season saw Callum make 39 appearances for the Raiders scoring once in Hull in a 6-5 Raiders win against Pirates. He added eight assists during the season for a total of nine points.

To date Callum has made 110 appearances for the Raiders (ranking 94 in league games) for an overall ranking 64st in all time appearances, scoring four goals and 18 assists for 22 points. He also brings an understated and controlled physical presence when necessary.

Callum first iced for Romford Hornets at the age of 12, making a total of 40 appearances for Romford Hornets and Buccaneers, scoring 10 goals and 10 assists prior to Rom Valley Way closing.
During his junior career, Callum also played for team GB Under-18’s winning a world championship bronze medal in 2016.

Callum moved into the Chelmsford junior system with the closure of Rom Valley Way, progressing via the NIHL2 Warriors and into the Chieftains squad at 17 years of age where he made 52 appearances scoring 2 goals and 5 assists for 7 points. His progression back to the Raiders was a natural one accompanying coach Sean Easton before the 2017 -2018 season as the final months were played out in Lee Valley.

“I’m excited that Callum is back again. He’s another home grown Romford player that is a dynamite within the team. His explosive power, speed and offensive rushes brings a punch from the back”.

“Callum has all the tools and he is now settling in within the National League. He brings a lot to the Raiders, be it toughness, speed, mid ice hits. He’s a tough competitor who played most of last season when he was also carrying an injury”.

“Off the ice Callum is great to work with a great attitude to go with it.”

Callum is pleased to sign for another season at his “home” town as he explained earlier this week.

“It means a great deal being back. Romford was where I first started skating and where most of my child hood was spent so to be able to re-sign for my home team again is really good and I’m extremely happy to be back for the upcoming season. Also of course not having to travel far to get to and from the rink is perfect. I think we do enough travelling with our away-days as it is, so a short journey from my house to the rink is perfect”.

“We have a great team now and we all get on really well, we all have a laugh and I would stick up for any of them if need be. I played with Harry for a couple of seasons and we have some good memories together. He’s a great player and the trip he took to the states has made him an even better one. He’s definately one to look out for this year so I’m glad he’s on our side. I haven’t seen him for a few years so I’m excited to be playing with him for the new season”.

Callum played through some recurring injuries for most of last season and the long break has been useful to clear those before the new campaign.

“I’m very fortunate to have a home gym so during lockdown especially I have been training really hard and ironed out any niggles I was carrying from last season so I am prepared and ready to go for the season.

“The start of lockdown was pretty tough for my job (as a personal trainer) but I managed to get through. I was doing lots of virtual classes with clients and keeping in touch with a lot of them. As the lockdown started to ease I was able to train clients over the parks and open spaces so that has been great. With my brother being a professional boxer there hasn’t been much boredom. He has been training very hard and I’ve been helping him keep in top shape for whenever his next fight may be so we have been quite busy”.

“I think the National league worked very well for me. Every game was a real battle and you could never predict what was going to happen. I think this kind of hockey is much better to watch and play so I’m really excited for the next season to start”.

“Keep patient Gold and Blue! We will soon all be back enjoying and watching this great game. A big thank you to my sponsors and all the fans. Without you we wouldn’t be able to play the game we all love so thank you all”.

And we are sure, that just like Callum, none of us can wait! 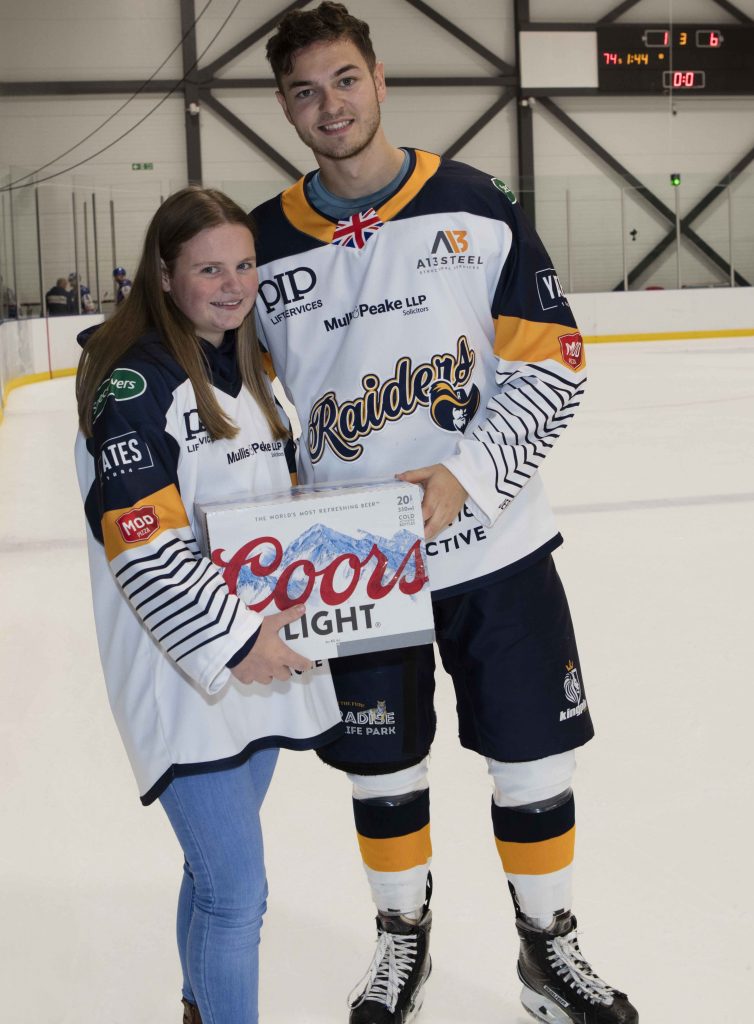 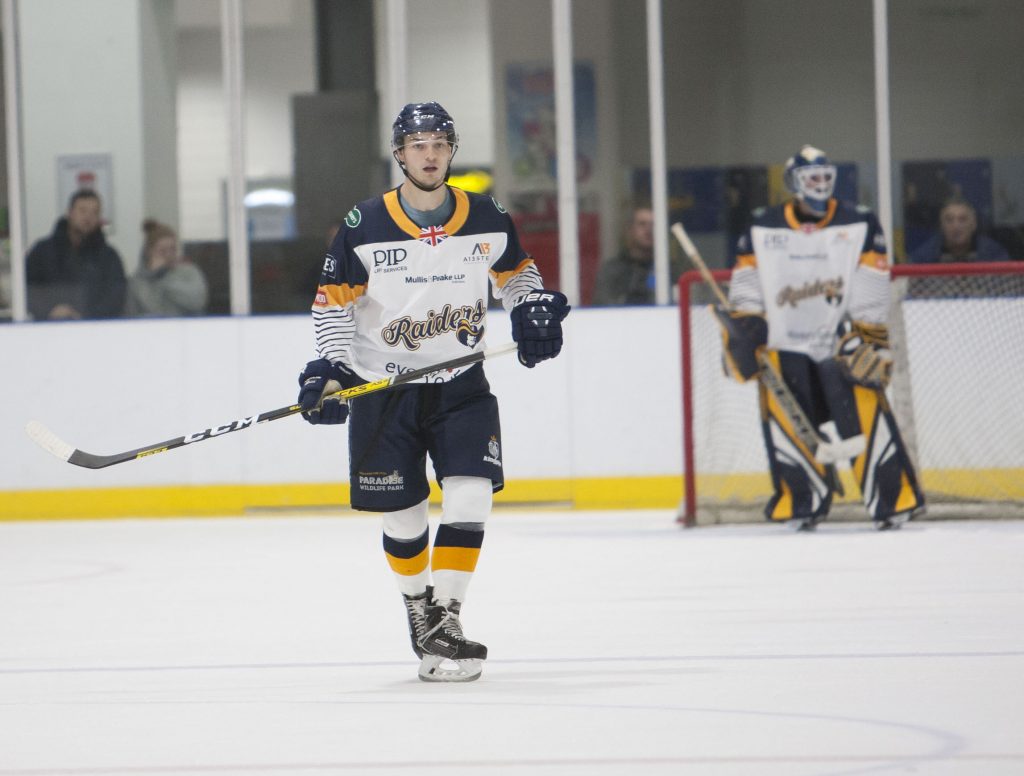 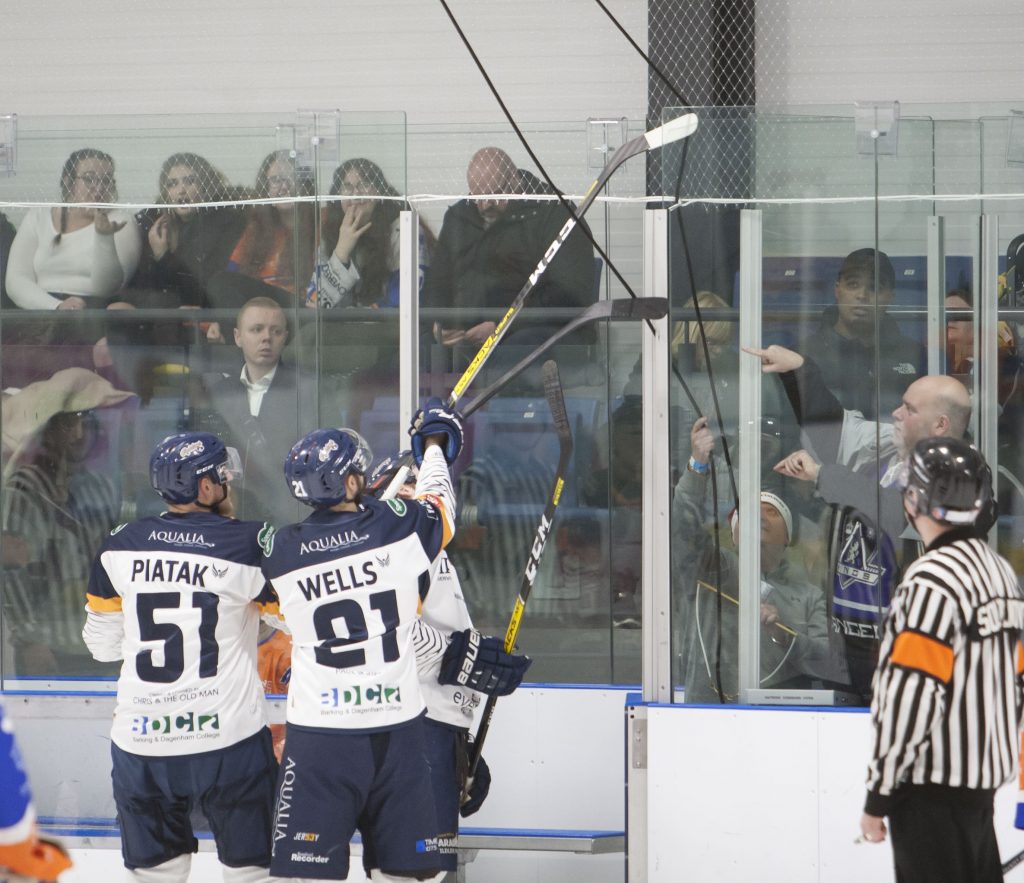 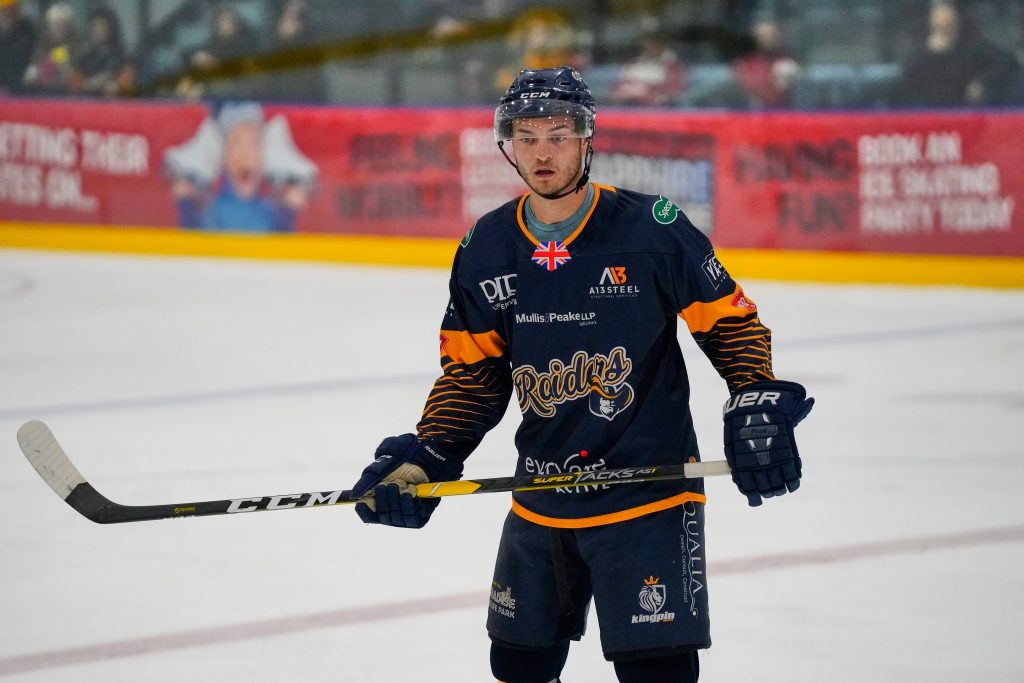 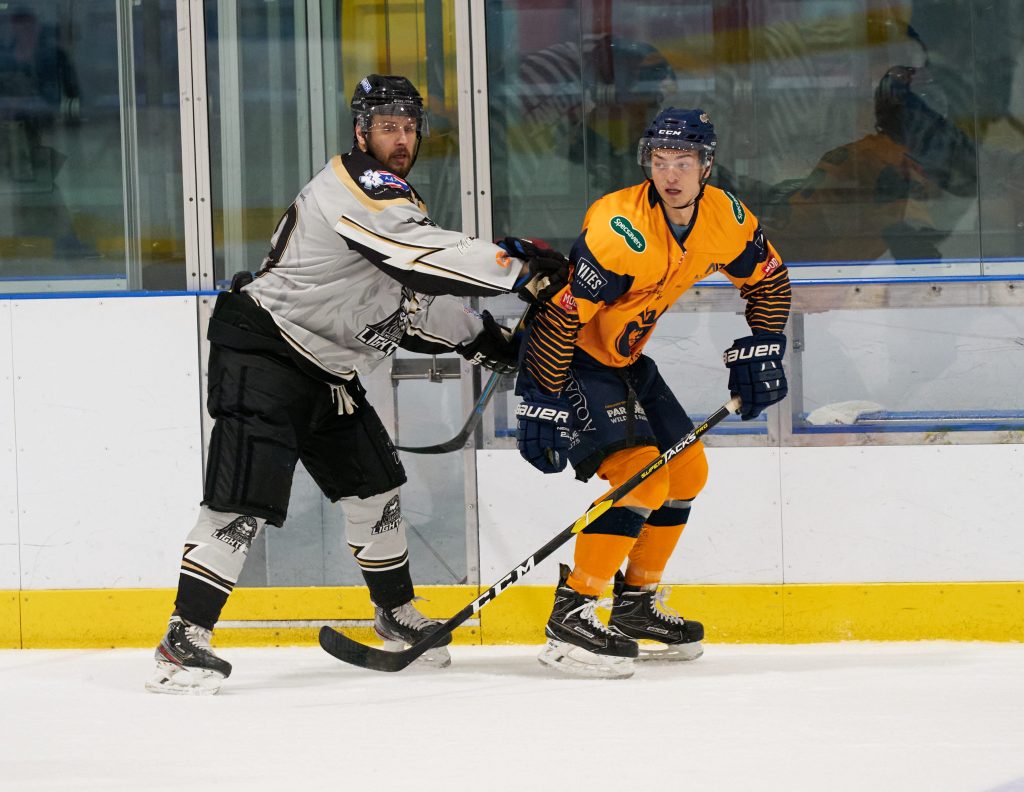 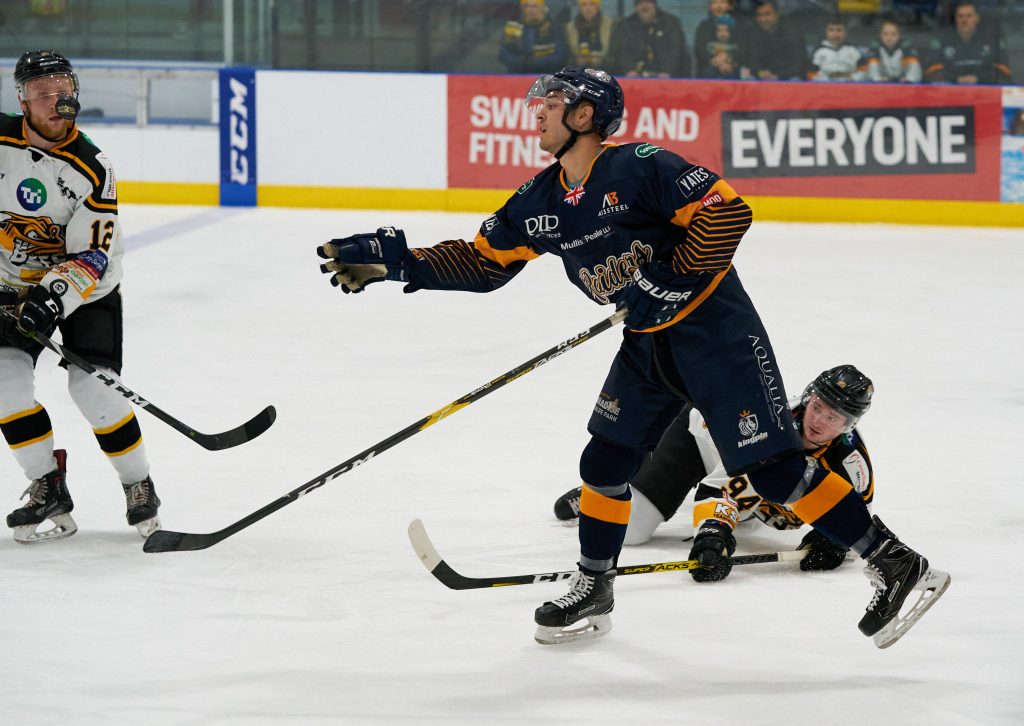 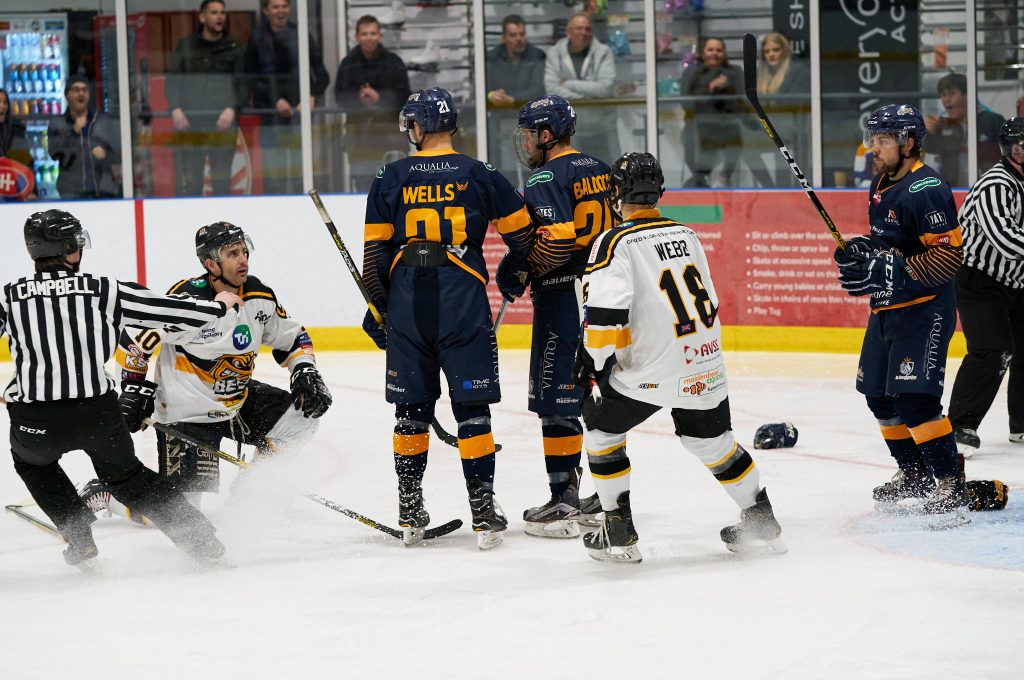 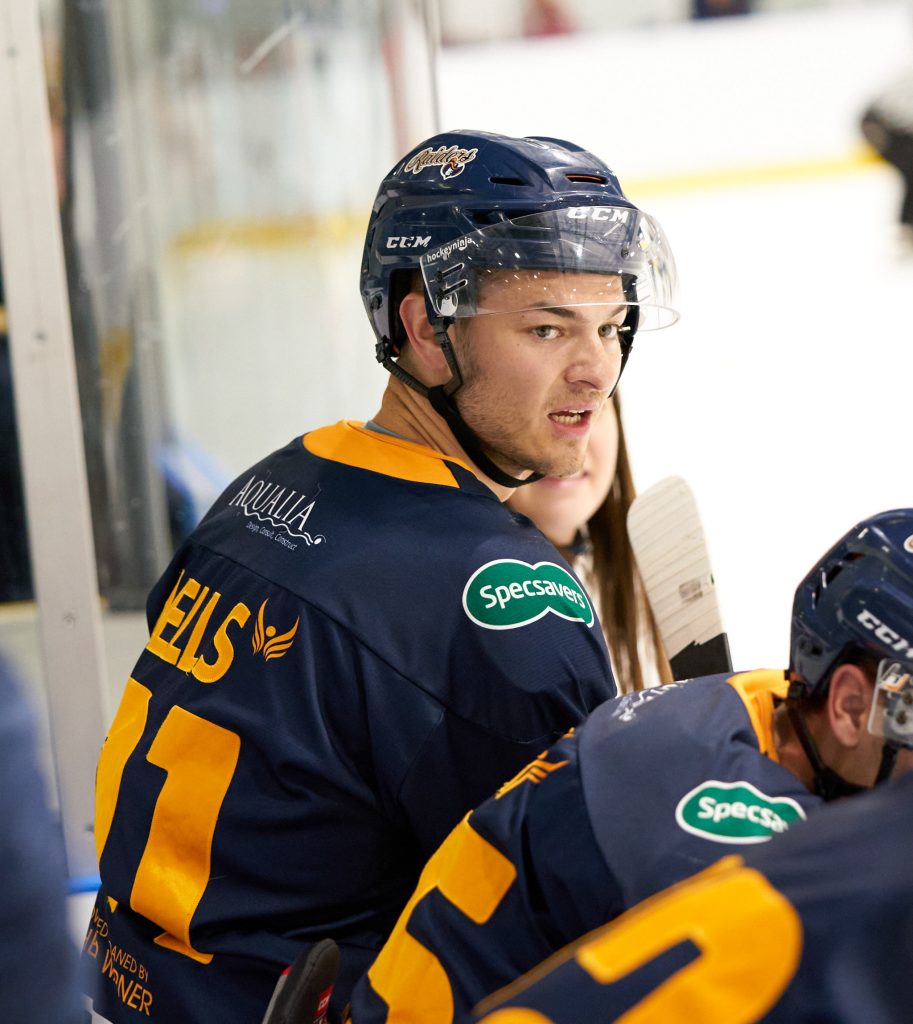