Thursday signing news is back!!

With the announcement of the re-signing of Eric, Aaron, Brandon, Jack Cooper and Ethan just before last weekend the Raiders are pleased to get back into our traditional weekly “team news” routine.

And it is time now for an addition to the squad as we seek to continue the growth in success of the team in the National League. But whilst this guy is “new” to the current Raiders organisation his pedigree has a rich vein of Gold and Blue running through it with his family also being keen Raiders supporters even though their lad was playing elsewhere.

So it is a very warm welcome home indeed to 20 year old Harry Gulliver, who in common with many of last season’s squad started his hockey at the old Rom Valley Way rink as part of the very successful junior programme operated there till 2013.

Harry was selected to the EIHA All Star team on three consecutive occasions in 2014 – 2016 and made a total of 29 conference appearances, scoring 13 goals and 9 assists.

At 16 years of age, Harry made his senior debut for Swindon Wildcats, making one EPL and seven NIHL Division appearances, scoring two goals and three assists for the Wildcats NIHL2 team.

Harry has spent the last four seasons in the USA, based in Utah, playing for Ogden Mustangs in WSHL (Western States Hockey League). There he has made a total of 188 appearances scoring 66 goals and 110 assists for 176 points. In four successful seasons the Ogden Mustangs won four conference league titles (three Mountain and one North West Conference), two Divisional Finals and lost two Championship finals. The team were ranked #1 of 23 WSHL teams on 2018/19 with a record of 47 wins; two overtime and two regulation losses in 51 games.

At 6 tall and around 190lbs he also brings some useful size to the forward line combinations.

Sean Easton has been tracking Harry for a while as he elaborated:-

“I have been hunting Harry’s signature now for the past 3 years. Not only is he an ex Romford junior but also a very talented player indeed.

“Harry skated with Raiders in the summer and he looks good; an all-round player on the ice with a high skill set and an eye for goal.

“I’m excited to start working with Harry and the rest of the team in the near future.”

Harry had this to say about his return home:-

“I’m looking forward to the starting the season. Romford is where hockey started for me. It has a huge place in my heart. I’m here to win, I’ve played on teams who have a winning mentality and I want to bring that to Raiders.

So a big welcome back from the Raiders management and fans to #11 Harry Gulliver. 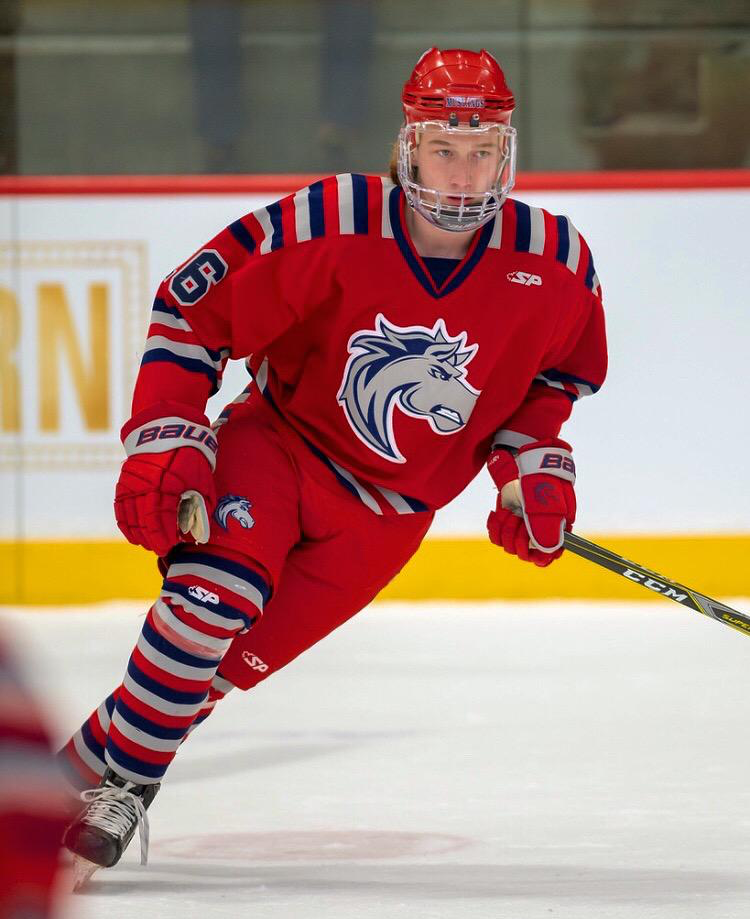 Unfortunately (for the fans) all of Harry’s #11 own and loan sponsored shirts have already been taken. Raiders have always been immensely impressed and frankly proud of how proactive the Gold and Blue are for shirt sponsorship ever since our re-birth in 2014 and we have a waiting list of fans that may be interested in sponsorship. Of course last season’s sponsors always get first refusal when a player decides to return so new players like Harry will be snapped up rapidly by those on the list.

If there is a chance that fans out there (or their company) wish to sponsor a player’s shirt then please get yourself on the list by emailing m.treagust@googlemail.com or through facebook and we will try to get you something.