Well we have been expecting this at some time from the “most senior” Brit in the team but hearing it officially that Michael (Pea Head) Gray is hanging up his kit still saddens the Raiders management enormously. 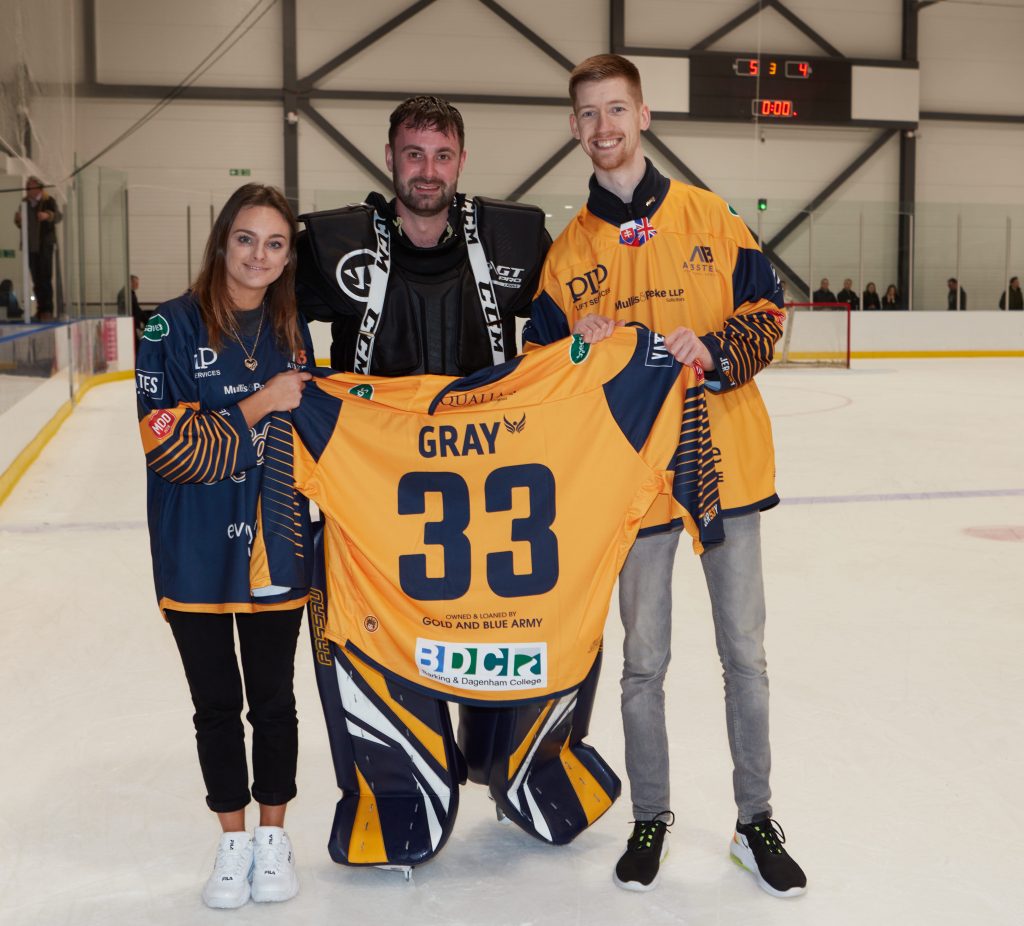 A character in the room, on the bench and between the pipes his commentary is almost as sharp as his catching hand and his clearly audible encouragement (or rollicking) of his team managed to overcome some impressive crowd noise over the years. A referee recently commented that he had never had to penalise a player before for abusing his own team but it had come close. 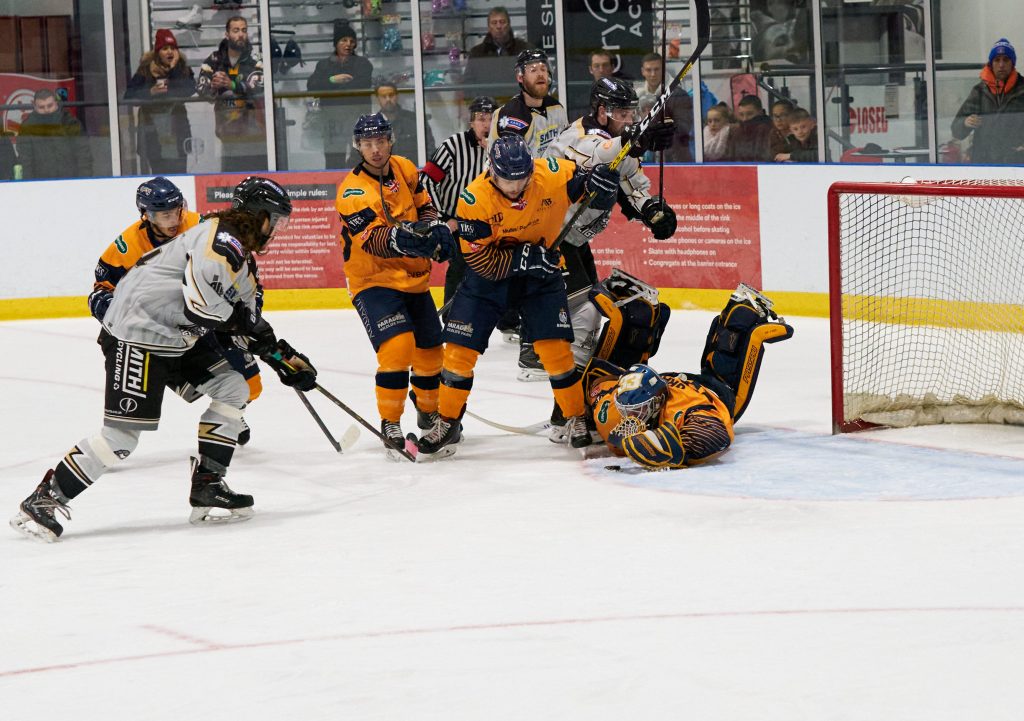 Michael’s netminder record speak volumes in respect of his dedication to the Raiders with:-
Most Appearances 330
Most Shut outs 8
Most minutes 15255
Most shots faced 9603
Most shots saved 8625
Most seasons over 90% save 5 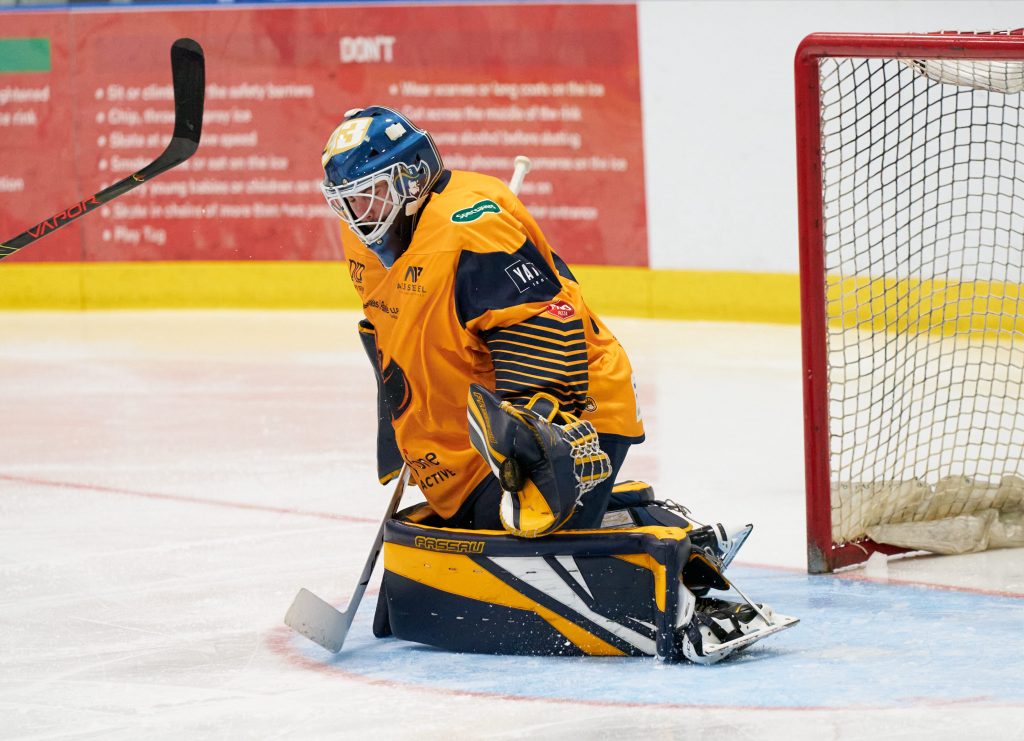 But I suspect to Dave Leach’s dismay the stats do not do the last ten years justice. Often playing with a body that was telling him not to, he has taken the rough with the even rougher and come back for more. Bound up with physio tape and showering in Ralgex has seen him through plenty of games. There have been many games we had no right to win and probably wouldn’t have had Michael not been on his game. 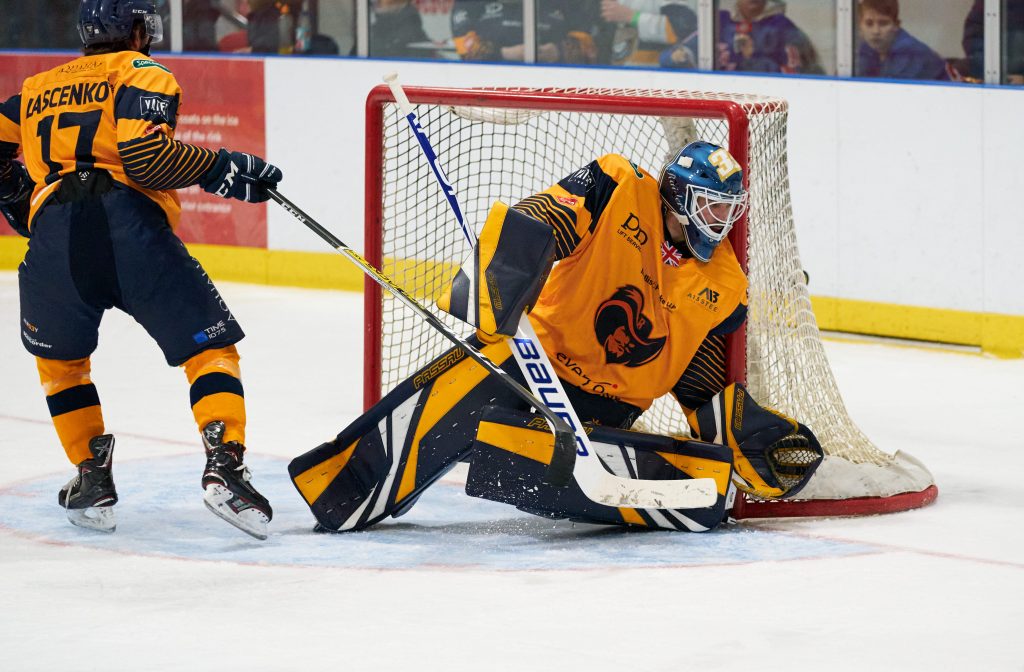 There were some strained moments in the not so distance past where he stuck with us and more than one occasion where a beer down the local put things back on the right path. But ultimately the Raiders and Michael were made for each other. A travelling partner of mine on many occasions I shall certainly miss those debates about the game, the officials, the management, the players and anything else that popped up. 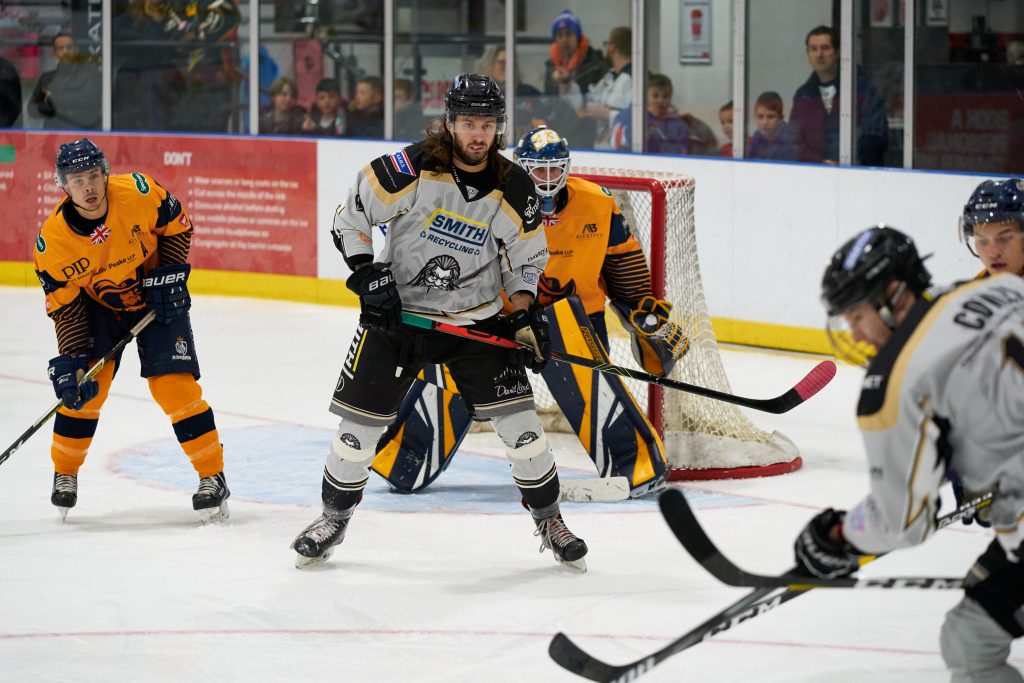 The planning of Michael’s testimonial has been in progress for a while now and was seen as a suitable mark of his 10 years with the Raiders and coming now as a celebration of his career will of course make it even more emotional. Expect to get your first hockey fix of the 20-21 season just a little earlier than previously planned.

We of course thank him for his incredible service to the team and the fans and wish him the very best of luck and health (with far fewer aches and pains) as he rightly dedicates some more free time with his family, with Emma, Barnaby and hopefully starts nurturing some future netminding stars who would have a genetic head start.

But first to Coventry, and then a great retirement! 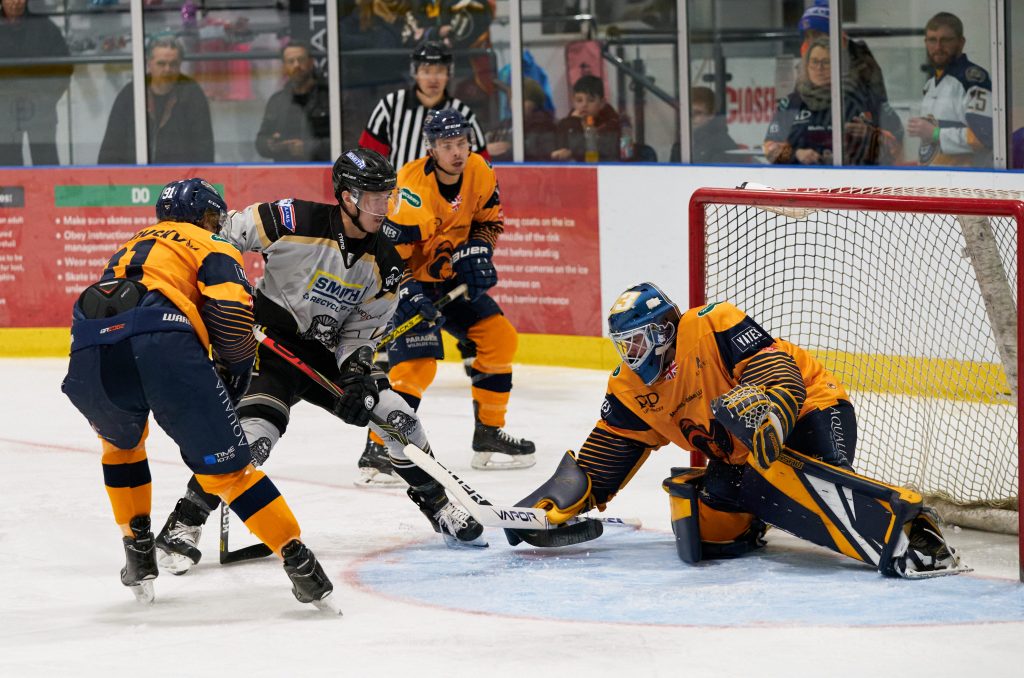