A Lukas Sladkovsky hat-trick helped Everyone Active Raiders continue their impressive record against Leeds Knights as they sealed a 6-4 win to make it three from three in the league.

Raiders winger Rio Grinell-Parke struck with just 69 seconds on the board, the hosts’ lead doubling when Sladkovsky bagged his first of the night just 94 seconds later to generate some impressive momentum in the first period.

Cole Shudra halved the deficit at 16.45 but Raiders replied within two minutes through a second goal for Grinell-Parke to take a 3-1 lead into the break.

That lead became 4-1 before the halfway mark after a Jake Sylvester strike but the Knights dragged themselves back into the game through third-period markers from Brandon Whistle and Matty Davies.

But only 52 seconds after Davies’s power play effort, Sladkovsky hit back with a killer blow to make it 5-3 at 50.50.

Knights could sense the clock ticking down on the available points and pressured the Raiders defense for extensive periods. Kieran Brown made it a one-goal game again with a 57th-minute power play goal to set up a very tense final few minutes.

Knights’ coach Dave Whistle gambled on netminder Sam Gospel being pulled for the extra skater but the pressing forwards lost the puck during an attack and it spilled to Lukas Sladkovsky and he made sure of the points with just 24 seconds remaining to complete his hat-trick.

The victory put Raiders fifth in the league table after 17 games played so far this campaign. 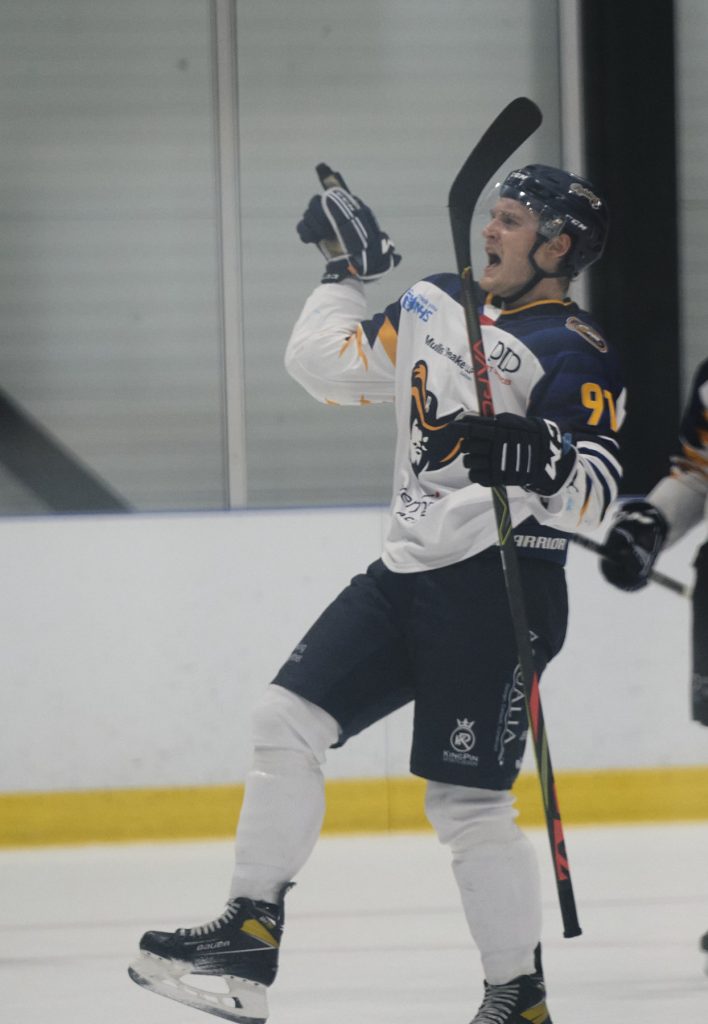 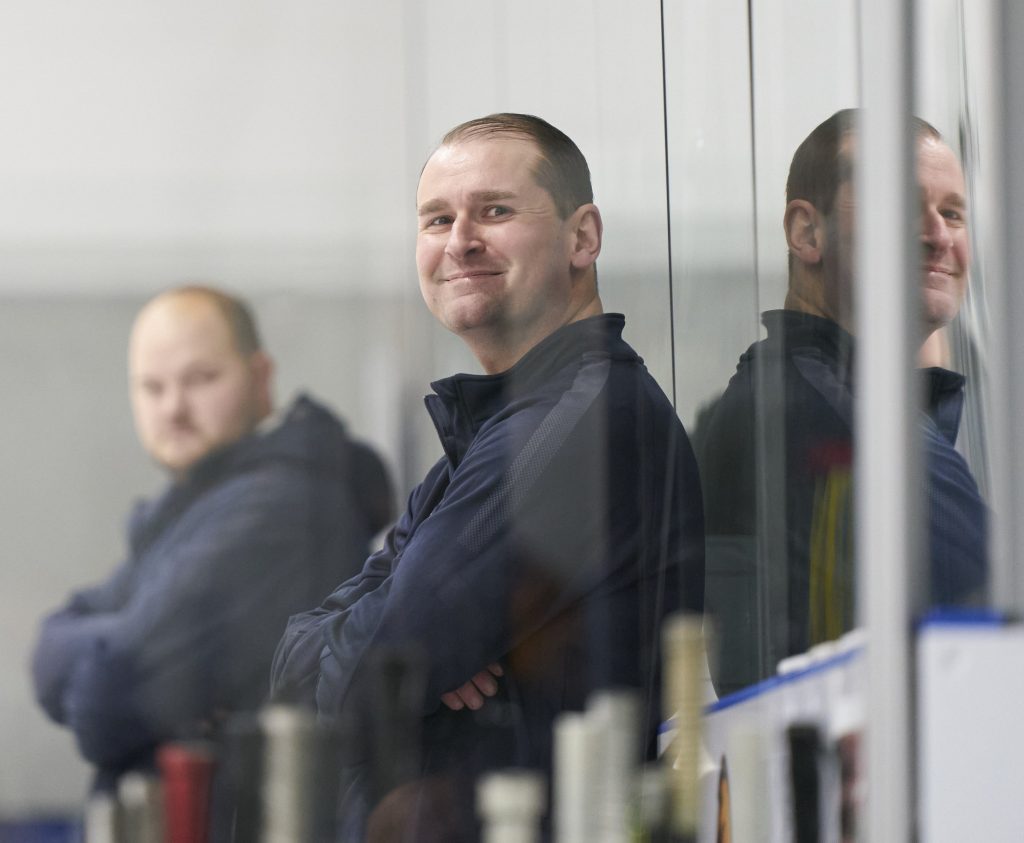