Everyone Active Raiders enjoyed rapid revenge over Basingstoke Bison with a 5-4 penalty shoot-out victory on home ice on Sunday evening.

Raiders suffered a narrow 3-2 defeat on Saturday but bounced back to winning ways the following night although it went the distance in an exciting intense affair.

It was a disaster start for the hosts as Bison’s Canadian import Alex Roberts danced through and picked out the back of the net after just 44 seconds to put Raiders on the back foot early on.

Things went from bad to worse in the 11th minute of play as the visitors Liam Morris was picked out by George Norcliffe to net a shorthanded goal.

Three minutes later Raiders got themselves on the score board as Brandon Ayliffe scored from a rebound off a shot from defenceman Sean Barry.

Bison restored their lead just over six minutes into the second period as Zach Milton beat Michael Gray after a pass from Roberts.

The hosts made it 3-2 as Tommy Huggett picked out captain Aaron Connolly in the slot who beat Alex Mettam to get Raiders back into the contest.

Raiders levelled the score later on in the period as Tom Relf fired home a slap shot from the point on the powerplay with traffic in front.

But Bison managed to make it 4-3 just before the break as Tait found the back of the net to give his side the advantage going into the final period.

Raiders dominated and pushed hard to level the score in the final stanza and it was with just over three minutes left in the game when Ayliffe bagged his second of the match with a goal mouth tidy up to make it 4-4.

Less than a minute left Bison broke and Relf was called for tripping on the play therefore the hosts had to kill off the final minute of the game and start overtime a man down.

It was a tense five minutes that went back and forth with no whistles – meaning the game went into a penalty shoot-out.

Ayliffe and Lukas Sladkovsky missed the opening two shots before Rio Grinell-Parke repeated his previous penalty shoot out success only to see Bison score too. Jake Sylvester then slotted home a cool wrist shot, again matched by Bison and Aaron Connolly sealed the points as he drew Mettam and waited for him to fall to the ice before firing the puck into the roof of the net. Bisons finally penalty was saved by Gray and a loud Raiders crowd left the building smiling with the sound of Sweet Caroline ringing in their ears. 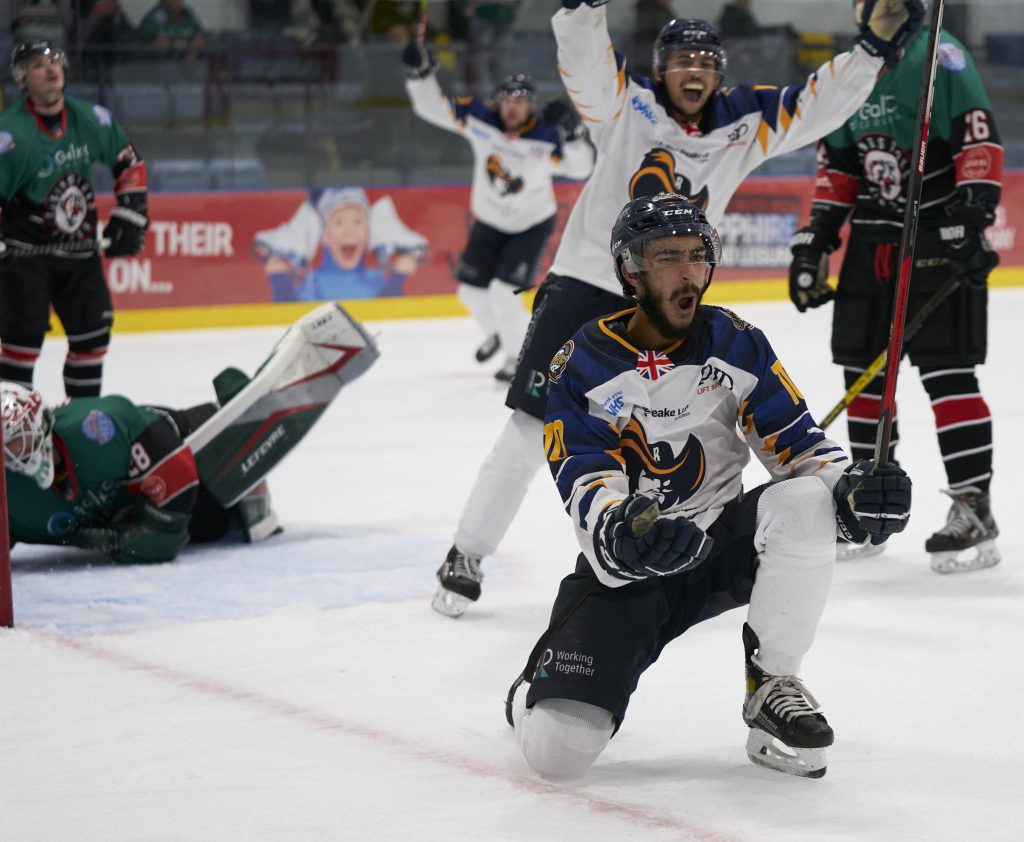