Raiders are pleased to finally be able to announce, the signing of 26 year old 6’2” Defence man Daniel Fuller. Daniel joins after a brief spell at Aberdeen Lynx in the Scottish National League (following the footsteps of Jack Flynn) where he has made 5 appearances this season.

London born Daniel will be playing senior hockey in England for the first time, although he finished his junior career in England playing for Streatham Scorpions and Guildford Firestars Under 16’s where he posted stats of 2 goals and 3 assists in 15 appearances.

Daniel has a long and healthy association with hockey in the junior North American leagues where he first appeared in 2010 joining the Okanagan Hockey Academy and in one season he made 77 appearances, scoring 9 goals and 12 assists playing in Canadian Sports Schools Hockey League. Daniel then crossed the border the following season moving to California Titans in NAPHL Under 18 (North American Prospects Hockey League) making 26 league and play off appearances scoring three goals and four assists.

Daniel then moved across USA to play in Florida for Palm Beach Hawks for three seasons playing in varying divisions of North America Premier Hockey League, including Elite, making a total of 59 appearances scoring 8 goals and 19 assists.

For the following four seasons, Daniel played University Hockey, making three appearances for Aurora University in NCAA, before moving to Missouri State University making 61 appearances scoring 7 assists in ACHA (American Collegiate Hockey Association) before returning to the UK at the start of the current season.

Coach Sean Easton is relieved that Dan is off the side lines and now able to appear on ice rather than in the crowd.

“Dan will add much needed depth to the Raiders squad after the injury to Ross Connolly in Swindon earlier this season. Dan is very eager to impress at the National League level after a short spell in Aberdeen where of course there are far fewer games to stretch a player. He has however great experience in North America and Canada which we hope to put to good use. Dan is a big guy with a long reach which can be very useful for a stay at home d man and we can see he will take pride in protecting our defensive zone”. 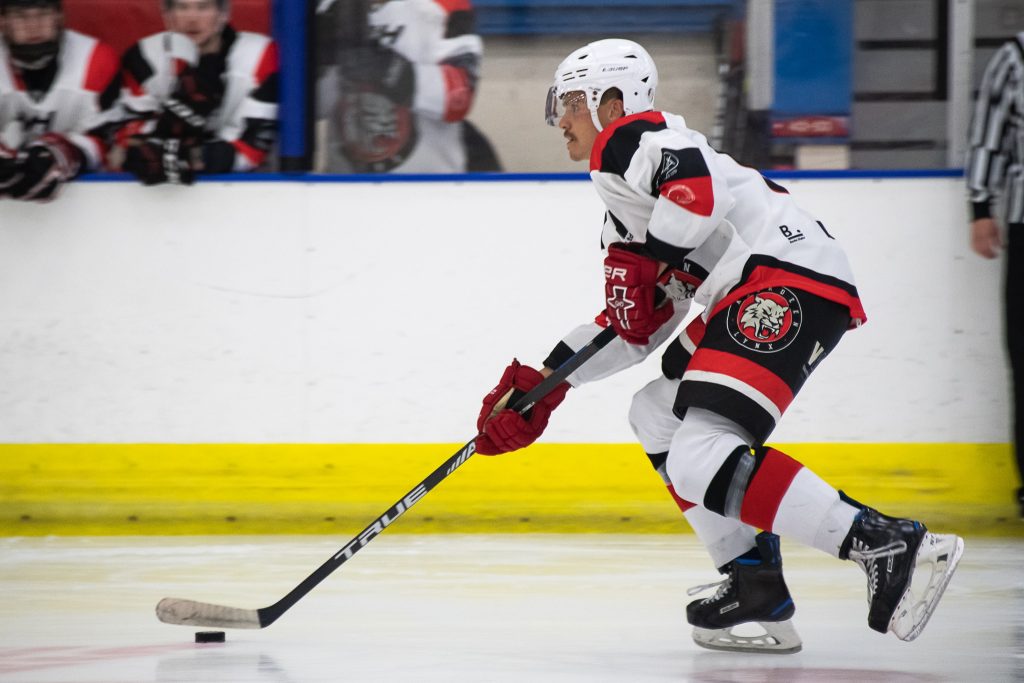 Dan is glad to be back in action especially after seeing last weekend’s games.

“Yea it’s a really fast pace here. At this level everyone’s in good shape and active… no pun intended. The crowd looks great and sounds very supportive! I really enjoy the chants, that’s something European sports are generally really good at”.

He has some great memories and experience to bring to the table from his North American expoits.

“I was definitely influenced by the all the American movies and highlight reels of the National Hockey League. Once I saw all the “NHL Biggest Hits” videos on YouTube I knew that’s where I had to be. Those sort of videos and movies are really influential when you’re young.

“But it is good to be back. Jack (Flynn) told me how great the set-up is and how much I’m going to love playing here. I already know some players over here from my junior years like Ryan Webb and George Norcliffe and I trained for Inline Hockey with J.J. Pitchley, he’s always had great hands”.

The schedule in the UK is a fair bit tougher than Dan is used to but it isn’t daunting him.

“It’s a tough schedule for sure, thank God for ice baths. But my aim is to win every single game, train vigorously every day and get to know all the supporters on a personal level”.

Returning also gets him closer to family and parents.

“Yea, they’re happily retired in Hamble-le-Rice. I’ll be spending Christmas with them and am very much look forward to it”.

We welcome Daniel to the Raiders and we have a feeling the G&B in the stands will too. 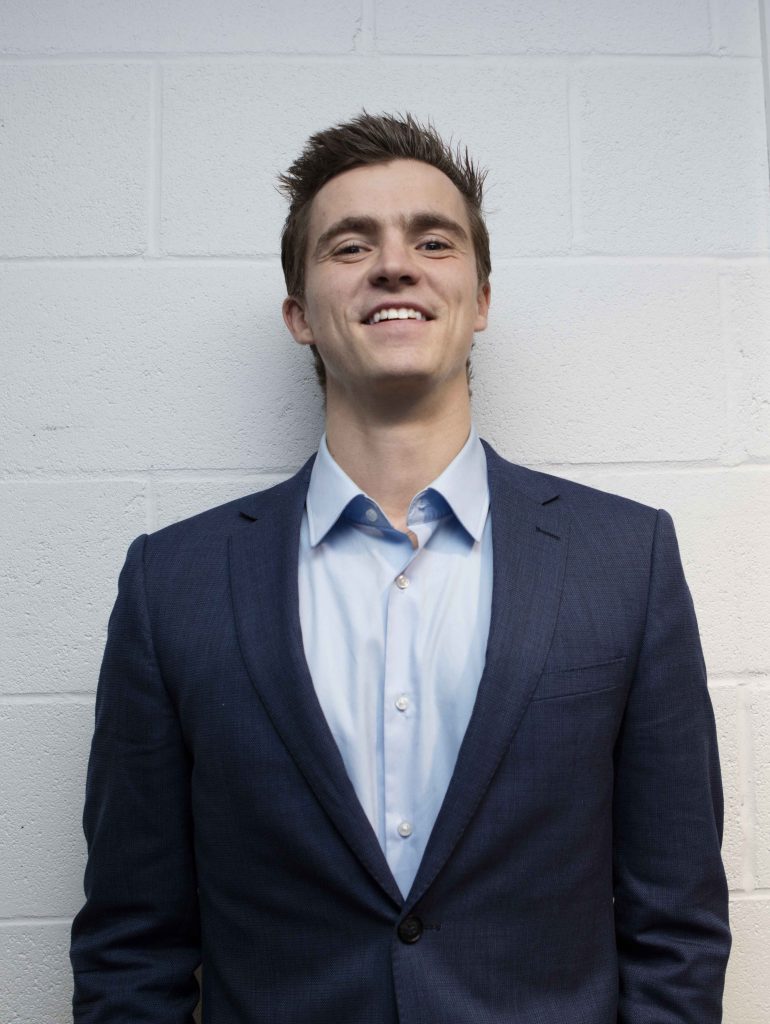