Raiders are delighted to get him back on ice….

Prior to the injury at Swindon on 2nd November 2019, Defenceman Ross had made a great return to the Gold and Blue making 14 appearances, scoring at Bracknell and adding 4 assists for five points. This took his total Raiders appearances to 31 in which he scored two goals and 12 assists for 14 points.

Ross re-joined the Raiders at the start of last season from Whitley Warriors for whom he made 30 NIHL North 1 appearances, scoring two goals and 12 assists for 14 points. His other senior appearances in the UK came with 25 appearances for Solway Sharks when he scored one goal and four assists for five points; and nine appearances for Invicta Dynamos in 2017/18.

Following his junior years at Solway, Ross spent just over a season playing in the  Greater Metro Hockey League in Canada making a couple of appearances for Tottenham Steam before moving to Temiscaming Titans who are based in Quebec. Ross made a total of 31 appearances for the Titans scoring 13 assists before returning to UK to play for London Raiders in 2016-17 season.  The following year Ross went to play in Western State Hockey League (WSHL) for Casper Coyotes where he made 19 appearances scoring five assists before returning to UK to play for Invicta..

Sean Easton sympathises for Ross’s curtailed season but is sure the returning blue-liner will be able to bring his A game back to the Raiders.

“Ross had a rough time last season, picking up a serious injury early on that put him out for the rest of our season. It’s not until you lose it you realise how much you miss what you had, (which currently sounds like hockey generally) and this was the same with Ross. Not having Ross in the team left a big hole and players like Jack, Aaron, and JR did a great job stepping in but we always had that void in the line-up.

“Ross is going to be like a new signing for us, his size, reach and experience will add to our defensive core. An offensive d man that like to push up with the play, a left handed d man (as rare as rocking horse poop) always adds a different dimension to how we set up on d-zone face-offs, power plays, and how effective breakouts and offensive zone plays are.

“Ross has fully recovered from his horrific injury and is now ready to go again”!

We caught up with Ross to see how his recovery had gone and what he was hoping for this season. Whilst we have all been missing our hockey action since the middle of March, Ross has to cast his mind back much further to recall his suddenly shortened season.

“It was just a normal day and had prepared well for the game. I went on for my 1st shift,  about 4mins into game, and before I knew it I had collided with a Swindon player and was lying on the ice. ||I couldn’t stand properly and at that time didn’t realise the extent of the damage. It was only when I got back to the bench I realised the seriousness of my injury.

“At first I was concerned I may not play again as I didn’t know any other player who had had this type of injury. However I researched some players who had the same full thickness laceration that I had and they had made a full recovery and were back playing, which gave me some hope.

“I had surgery 3 days after the injury (due to lack of theatre time) and was then in a support boot for 10 weeks. I Had to do a lot of balance work, strength work and stretching exercises. I also had many weeks of intense physiotherapy sessions. Basically had to learn to walk again.

“Covid issues have affected my rehab as I couldn’t get to a gym to work on strengthening my ankle, through lifting weights, etc. Obviously I haven’t been able to skate, which is very frustrating as I’m desperate to find out how my ankle will be. I have done loads of skating simulating exercises, so my ankle has gotten stronger.

“I was happy how I was playing before my injury but I believe you can always improve your game.

“I Only managed to play 12 games last season so yes of course there is more to come. I was just settling into a new team where most of the players have played with each other for the past couple of years so for me that process has to continue.

“My target for every year is to go out and give 100% commitment and I’m looking to chip in more offensively this season and to help team as much as I can to be successful”.

As another player that has spent some time in America and Canada we were interested in the influence it had:-

“My best time in North America was the year I played in Canada. We had a really good team, being on ice every day with top players hepled push my development along.

“I Spent 6 months in US and was then presented with an opportunity to train full time with Braehead Clan, which has moulded me into the player I am today.

“But now I am looking forward to getting back on ice – hopefully with loyal dedicated fans cheering us on – to a successful season.

“I’d also like to say I really appreciated all the get well /best wishes messages from players/fans from other teams in our league and throughout the hockey community. And I would also like to say a huge thanks to everyone who contributed to the Justgiving page which was set up to help my rehab. It was very thoughtful and helped immensely”.

Welcome back Ross, and we hope we get to see a fair bit more of you this season! 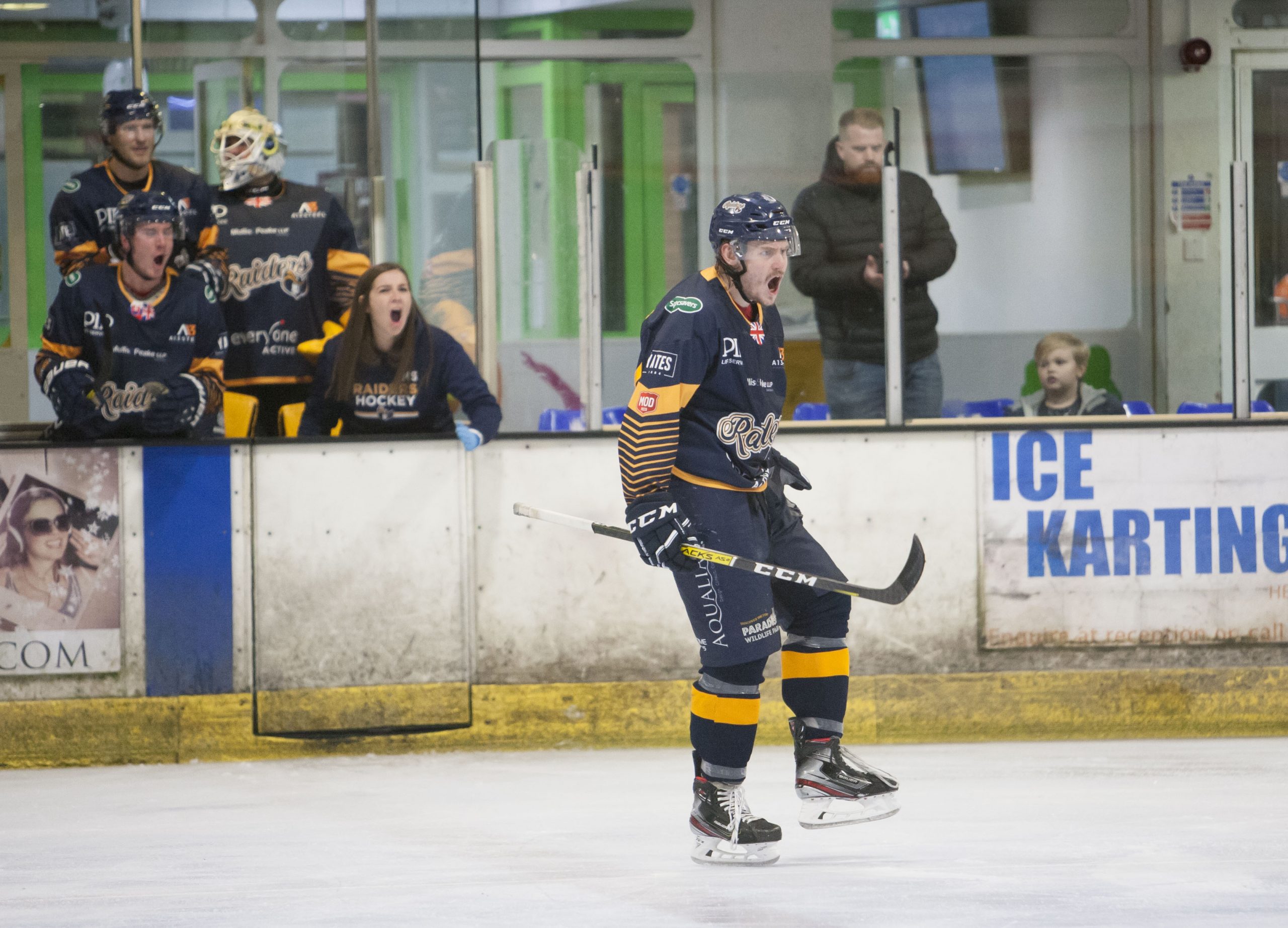 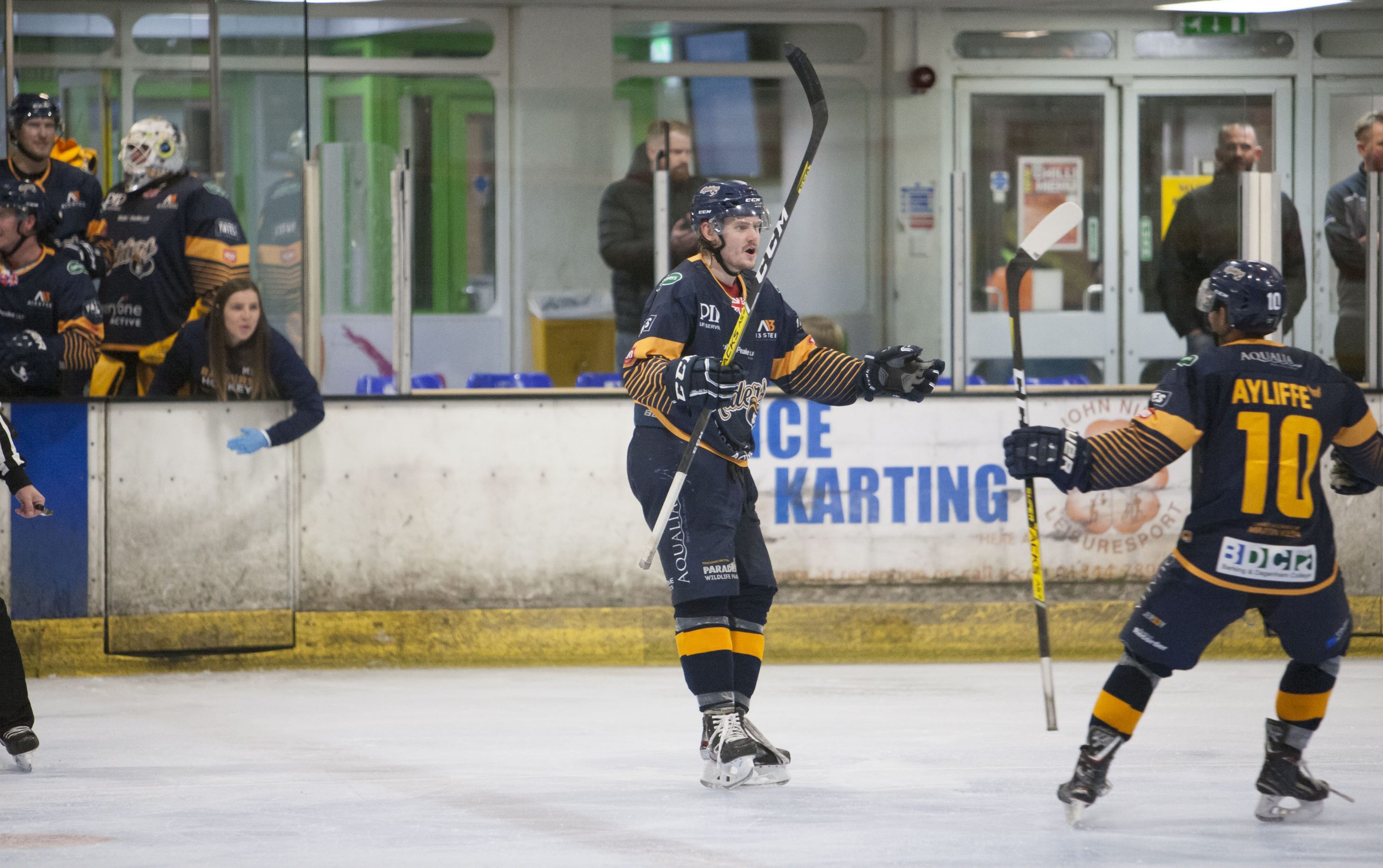 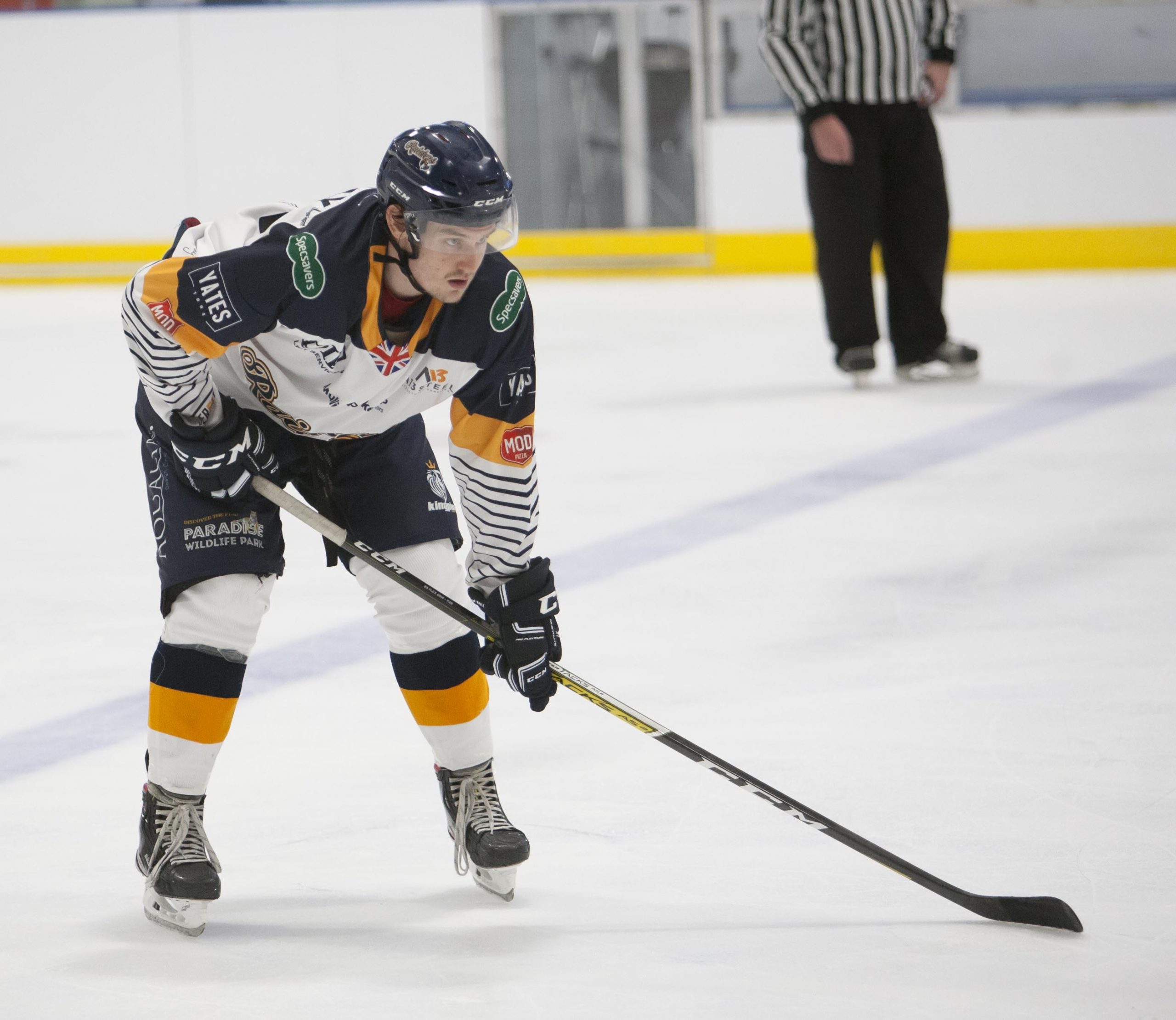 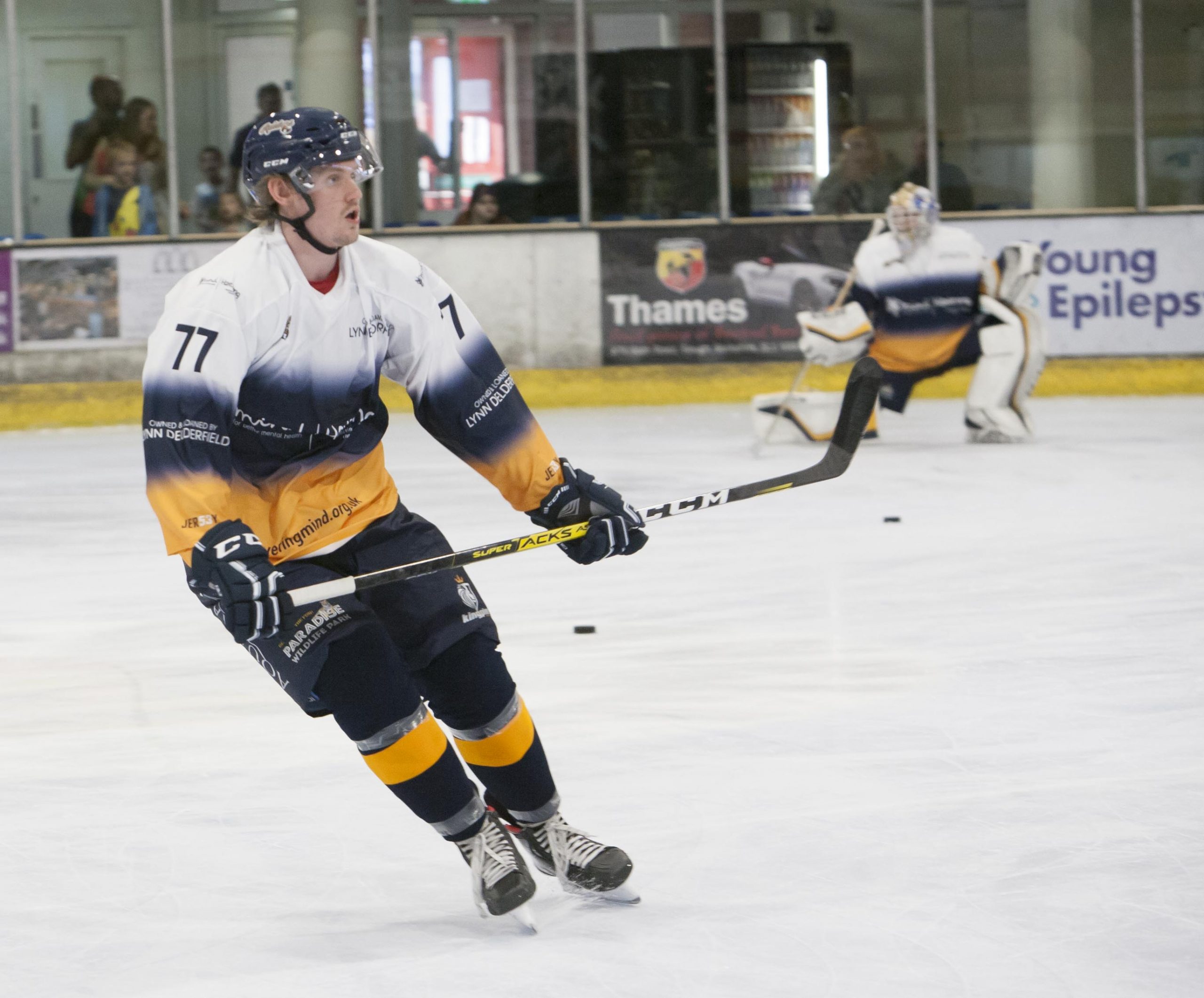 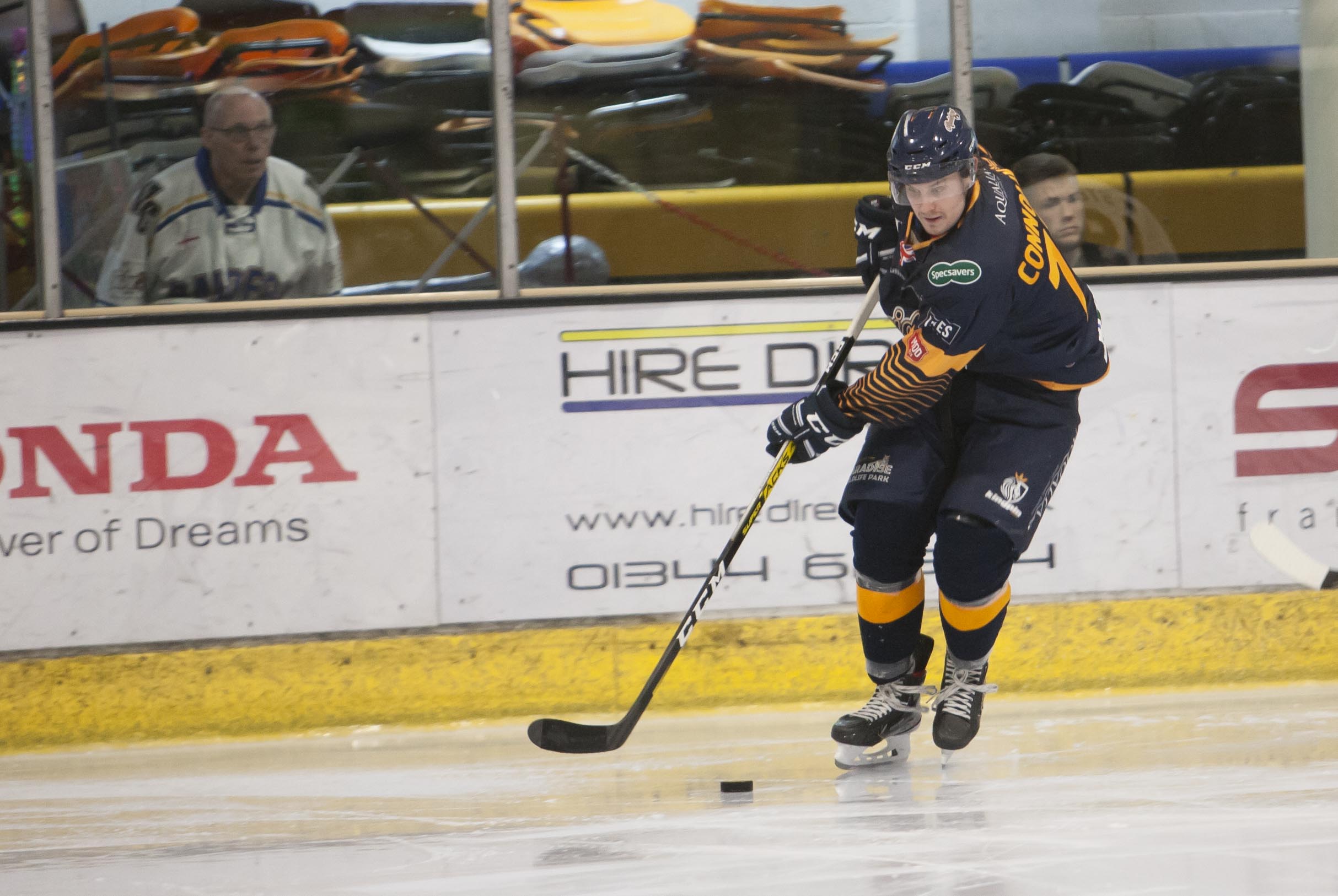 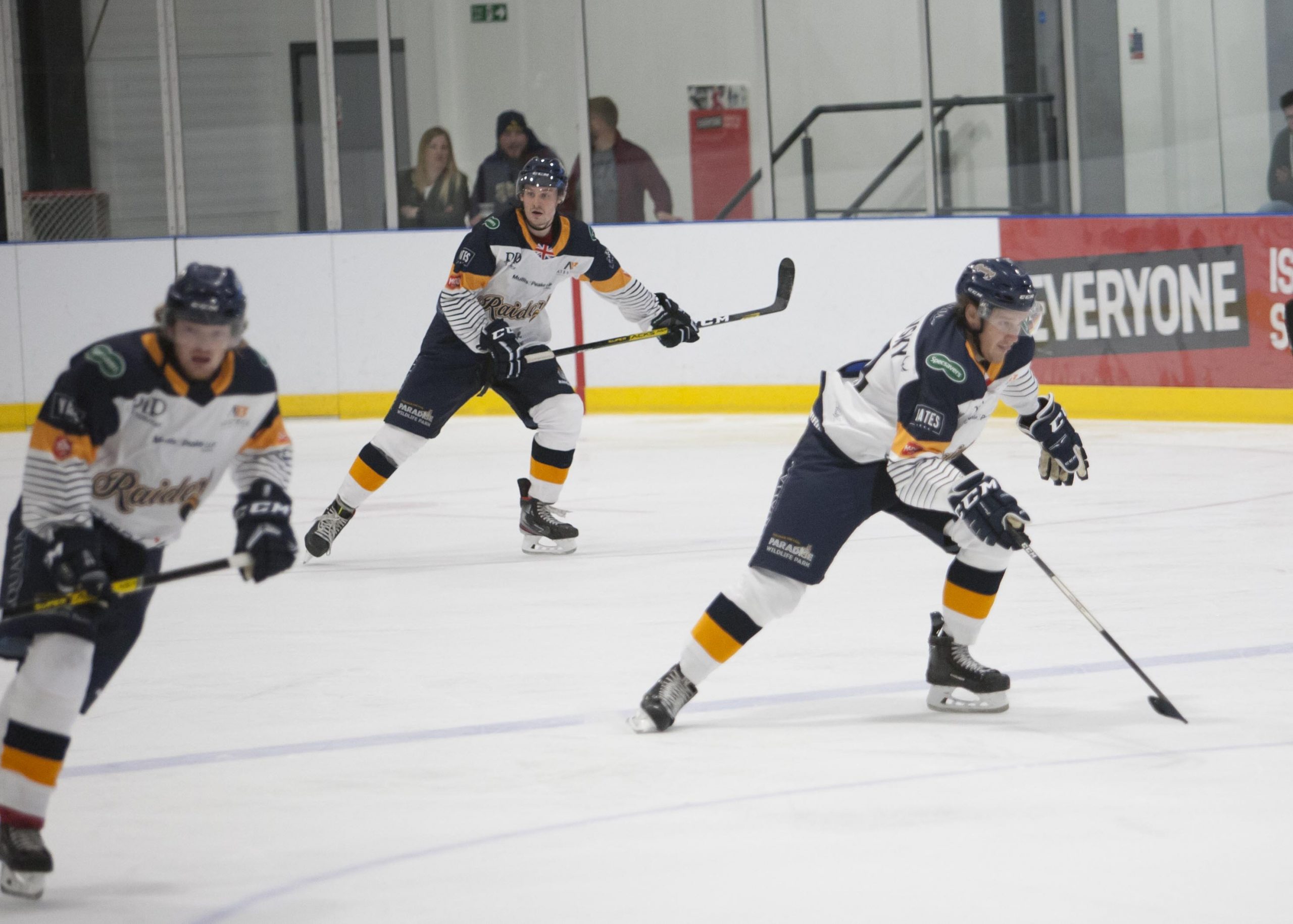