Another weekend of Ice Hockey at the Sapphire

Raiders fans can look forward to a pair of games at their favourite rink this weekend.

Todays game sees the 2’s in action as they take on the Cardiff Fire for the second time. Last time around the 2’s were looking at a win but a late surge from the fire took the points by a single goal. Cardiff come with a number of ex Raiders in the squad but we can be sure they will not be bringing friendly Fire! 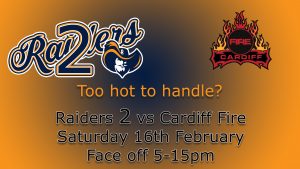 Sunday sees the Raiders take on Peterborough for the 1st of 2 games in a four week period. Last time around Raiders lost by a single disputed goal and will be keen to prove that was no fluke. With a win at Peterborough early this season and no points in the subsequent 3 games Raiders will be looking to get their winning streak back on track 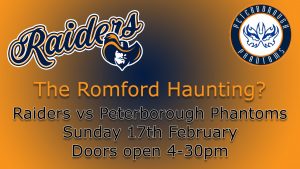