Raiders’ Thursday announcement as another forward pledges to return:-

As the 20-21 squad takes an incredibly familiar feel to it we are reminded of the value of a consistent bench and the familiarity this brings between line and team mates. Put another way, if it aint broke don’t fix it.

With that reasoning it is a very warm welcome back to yet another of last seasons Gold and Blue as Ollie Baldock signs on for a fourth season for the Raiders. Progressing from a prolific point scoring career at Chelmsford where he spent his junior years, and the early stages of his senior career under the tutelage of Coach Sean Easton, Ollie has formed great on ice understanding with many of the returning players.

Ollie made 48 appearances for the Raiders last season, scoring 9 goals and 16 assists for 25 points despite a lengthy absence after injury. He also racked up a career high 50 penalty minutes showing the bad influence the Raiders have been on him 🙂

Sean Easton has worked with Ollie for many seasons and was clearly keen to get him back in the squad.

“Last season I felt Ollie had one of his best senior years in how he played. Hard working, grafting and takes huge pride in his defensive game.

“The Energy Ollie showed in his game last season was second to none. His brought a different dimension to his game. In his junior years he was a free scoring player but now his all round game makes him a valuable member to any team. He puts his body on the line in defensive games blocking shots and taking hits to make plays and brings out the best in the players around him”.

Ollie is clearly feeling part of the organisation as he explained:-

“Chelmsford was where I started and pretty much spent my whole childhood. It was always a goal of mine to play for the Chieftains as they were my childhood team, however, another goal was to play in the EPL, when I got offered the chance to move clubs it was a big step for me but I definitely saw it as an opportunity to progress and grow my career. Since moving I haven’t looked back, I have loved every season to date and definitely class Romford as my home now!

“The league jump last season was tough at times but I am over the moon to be playing the standard I believe we are all capable to play in, having high competition and more games just adds to the enjoyment and challenge of a season which I find great!”

Regarding lockdown and the recent announcement on leisure centres staying closed:-

“Obviously I was excited by the prospect of getting back on the ice and into the changing room to see some new and familiar faces, so finding out this return was going to be delayed was frustrating. But ultimately we want to ensure the team remains fit and healthy for the season ahead! At least I have been able to play golf with some of the boys, that will have to do for now!”

Ollie has been able to keep working for most of lockdown as he elaborated:-

“I am a quantity surveyor for a house builder and am lucky enough (however you may look at it) to have not stopped working throughout this pandemic. I had a short spell working from home but as all sites are now back up and running I am back in the office and busier than ever! Sites closed for a brief period but my company were eager as many others were to get back to some sort of normality so we took the necessary measures to re-open”.

Ollie’s family are familiar faces around the rink and lockdown has affected them as you would expect:-

“Yes, I would say it has impacted my dad the most! Without having my little brother’s football or hockey to watch at the weekend he doesn’t know what to do with himself! I think everyone at the Baldock residence is excited by the prospect of getting back to our sporting normalities!

“I Hope the fans can agree with me when I say I can’t wait to get back and get the new season underway!”

We doubt any of the Gold and Blue will disagree, and we are sure they are all going to be pleased to see #24 Baldock back in the Raiders uniform. 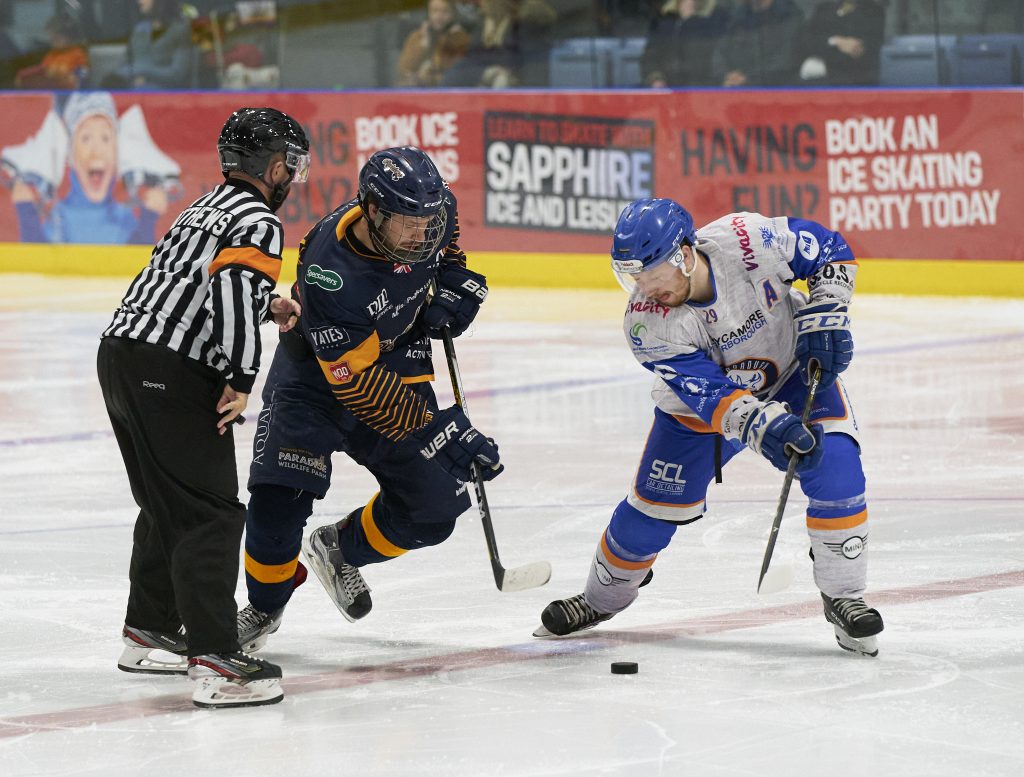 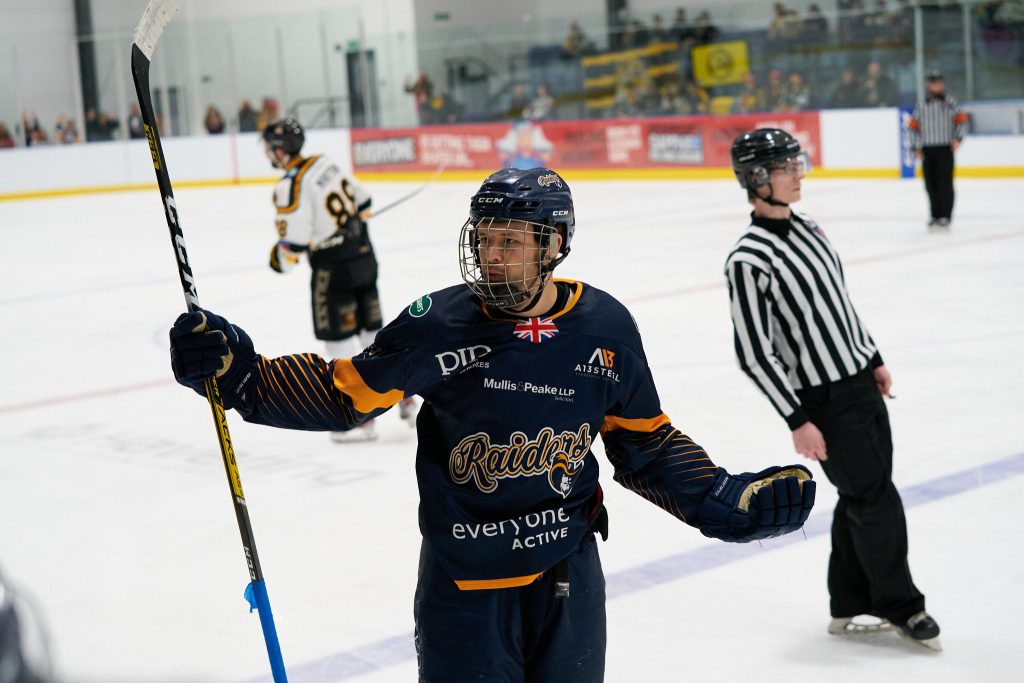 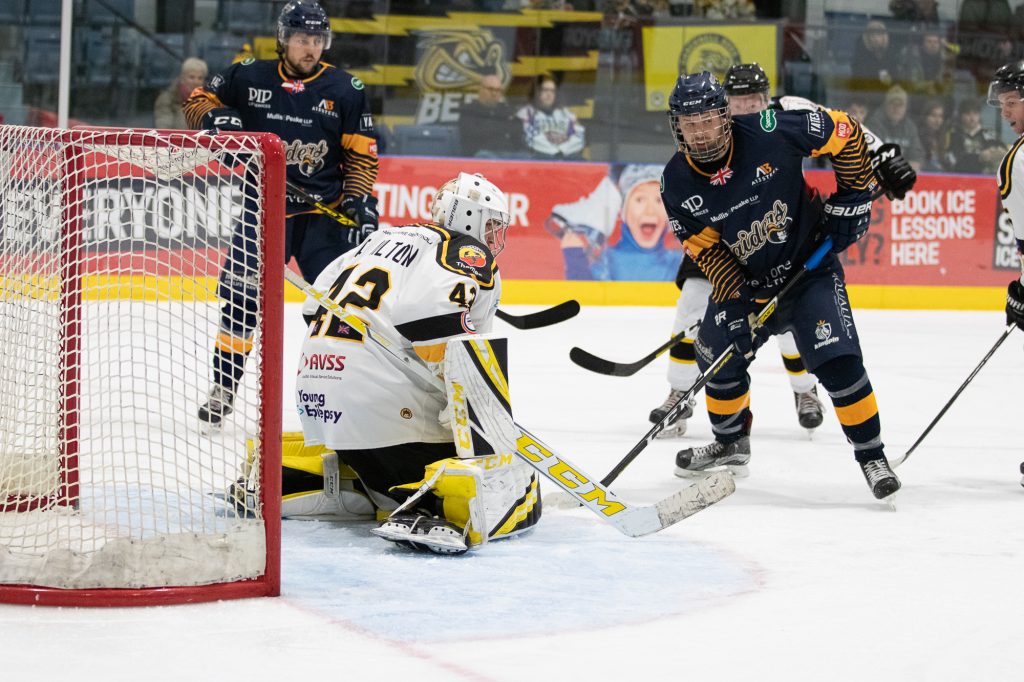 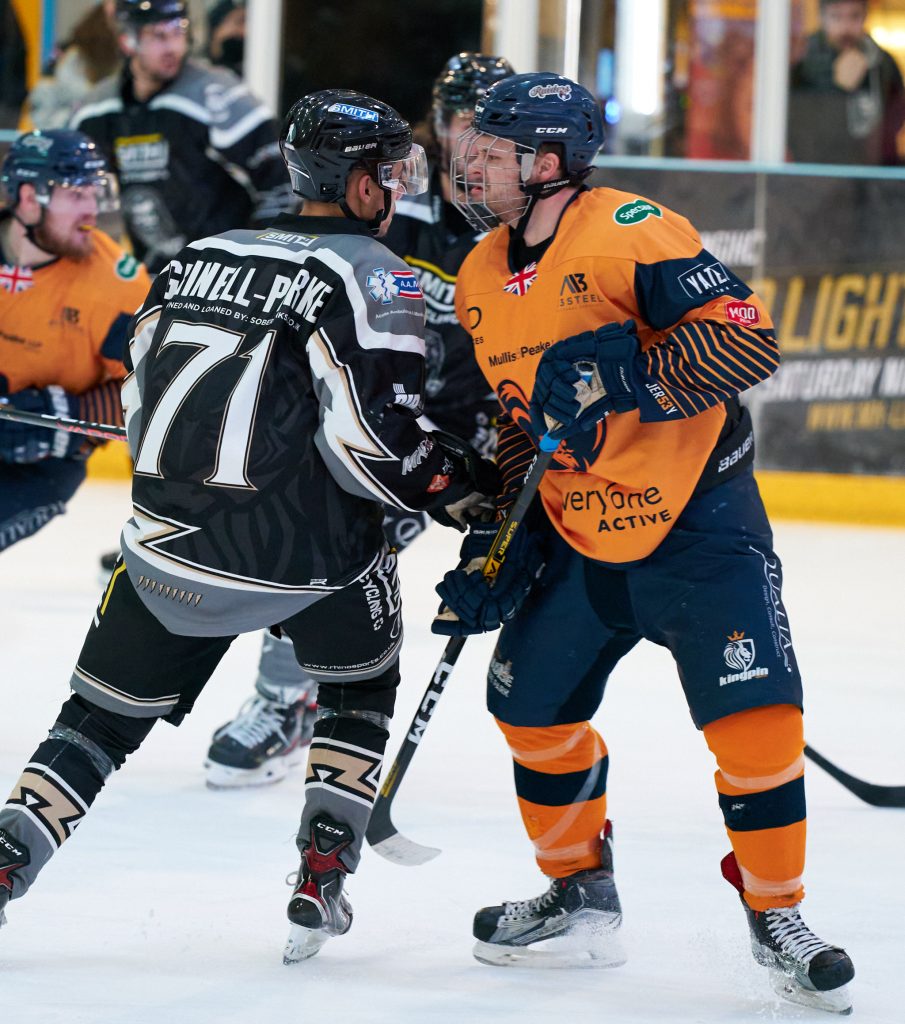 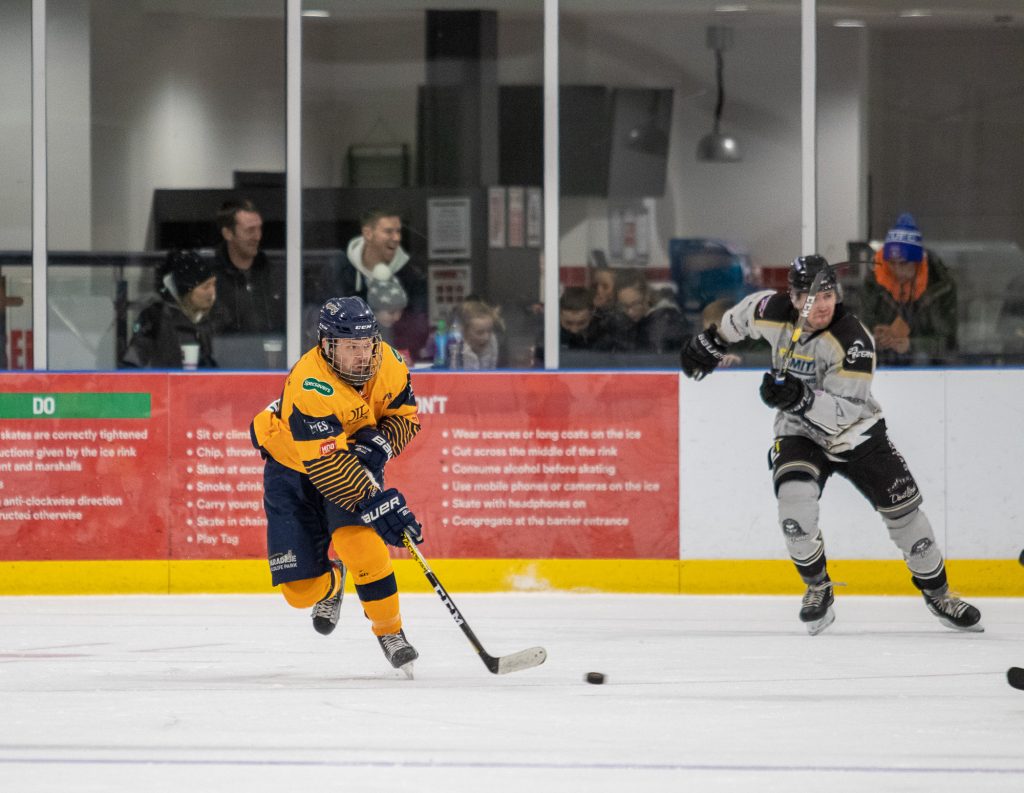